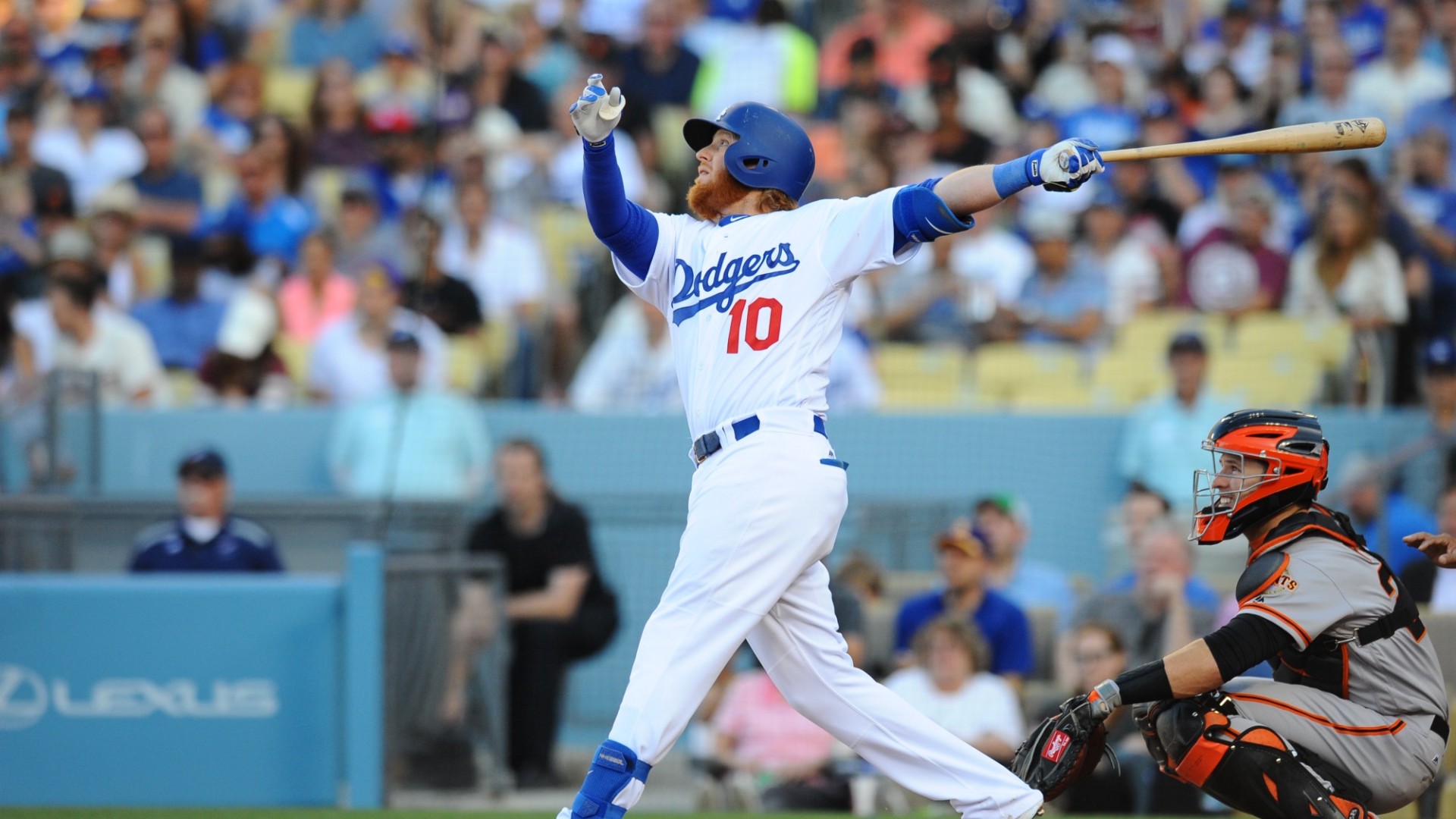 We are finally here, October started with 10 hopeful teams all fighting for a chance to play in one of the most prestigious events there are, the Fall Classic. After a month of vigorous competitions only two teams are left standing, the Los Angeles Dodgers and the Houston Astros. Both teams earned their right to be here and the series is sure to entertain the hell out of baseball fans across the world. All this being said, these two teams did not get here over night and we start with the Astros who just a handful of years ago were the laughing stock of the MLB and now they are 4 wins away from the promise land.

There is no surprise that the Astros are playing in this years Fall Classic. The team is loaded with young talent and have a starting rotation that a manager would die for. That being said, if you told me 5 years ago that the Astros would be only 4 games away from winning the World Series, I would have laughed in your face. Before coming to the A.L. in 2013, the Astros were just plain out bad, no two ways about it. Year in and year out they would lose 100 plus games but thanks to patience, building the farm system the right way and signing a few key guys along the way, the Astros have done a complete 360. They would come into the postseason with a record of 101-61 and had the second seed in the American league side of the bracket. They would meet the A.L East champion Boston Red Sox in a ALDS matchup that was sure to promise some exciting baseball. Houston showed their dominance early thanks to a three home run performance from Stros superstar Jose Altuve in game one and a masterful pitching performance from Dallas Keuchel in game 2, the Stros quickly found themselves up 2-0. After dropping game 3 in Fenway, the Stros sealed the deal in 4 and were headed to the ALCS. Standing in their way of a WS birth was the New York Yankees who had upset the Cleveland Indians in the ALDS who were a big WS favorite coming into the postseason. This was going to be a hell of a series and anything but a cake walk for this Astros team. Houston did what they had done all year to begin the series, dominate with their arms. In game one, Dallas Keuchel continued his postseason dominance which lead to a huge opening game win for the Stros. In Game 2, the biggest trade deadline move this year and possibly in the history of baseball, Justin Verlander put on one of the greatest postseason pitching performances I have ever seen. Verlander pitched 9 innings allowing only one run and striking out 13. JV also threw 120 plus pitches and was still dealing in the 9th, that’s big time. In the bottom half of the 9th, Astros shortstop Carlos Correa hit a walk off double, scoring Jose Altuve from first and it seemed like in a blink of an eye the Astros already had a commanding 2-0 lead in the series. This series was far from being over however and the Baby Bombers were known to fight until the very last pitch. The series shifted to New York and it seemed as if Astros left their momentum in Houston. The Yankees played great baseball. So well however they won 3 straight and found themselves one win away from going to their first World Series since 2009. The Astros took a calm collective breath and remained poised because they knew the Yankees had to do something no team had managed to do all postseason, win in Houston. Their some what savior, Justin Verlander saved the day pitching with yet another gem, forcing the best two words in all of sports, game 7. Taking the mound for Houston in game 7 was Charlie Morton, seasoned vet but not known to be a so called ace. He would be opposed by C.C Sabathia and the advantage was given to the Yankees. Morton clearly did not care what anybody had to say though, he did what only a true ball player does, BALLED. Morton pitched the game of his life and thanks to a stellar relief effort from Lance McCulers Jr. and a big home run from the best hitter in baseball, Jose Altuve, the Astros clinched the pennant. They were going to the World Series for the first time since 2005. The last out was recorded by George Springer who ironically was a key piece to the Astros rebuild. Their time is now and they are 4 wins away from achieving greatness. 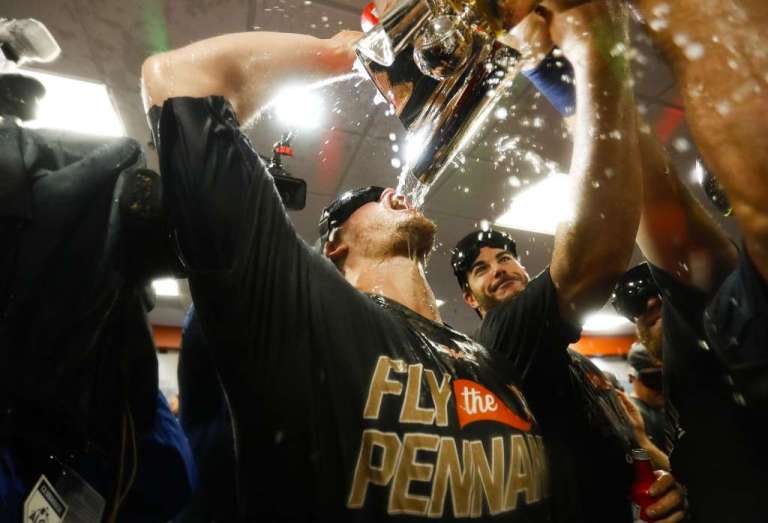 As for the Dodgers, their story had pretty much been repetitive for the last few seasons. They would have a great regular season, win the N.L West, have huge expectations coming into the playoffs and flat out disappoint come playoff time. This year it seemed as the recipe was all but the same but there seemed to be something a little different about this team. This team was absolutely stacked. With an offense that did not quit and a starting rotation full of studs, the “recipe” was due to change. They won 104 games and would go into the postseason with the best record in baseball. They would meet division foe, the Arizona Diamondbacks who won the N.L Wild Card game and were coming into the postseason piping hot. The Dodgers cooled them down and cooled them down fast. Thanks to dominance by the Dodger pitching and the bats of Yasiel Puig, Chris Taylor, and Justin Turner, the Dodgers swept the D Backs and were heading to the NLCS where they would face the team who eliminated them last year in the postseason and went on to win the World Series, the Chicago Cubs. The Cubs had to go the distance in the NLDS so the Dodgers came into the series better rested and that showed early. The first three games though close early, were won by the Dodgers and the Dodgers took a commanding 3-0 lead. This success was in big thanks to star 3rd basemen who has shown he is one of the best pure hitters in the game, Justin Turner. Turner hit a walk off home run in game two that was the first walk off home run in a Dodger playoff game since Kurt Gibson’s infamous shot. The Cubs had some fight however winning game four for their fans but any momentum was absolutely murdered by the Dodgers in game five. They had their guy, Clayton Kershaw on the hill but he wasn’t even the main story. It was the explosion of the Dodger offense. The bats erupted in Wrigley for 11 runs and 7 of these runs were credited to utility man, Kike Hernandez. He became the first man in postseason history to have 3 home runs along with 7 RBIs in a postseason game. The Dodgers went on to rout the Cubs and clinch the pennant. The Dodgers had done it, they had broke the “recipe” and were heading to the World Series for the first time since 1988. 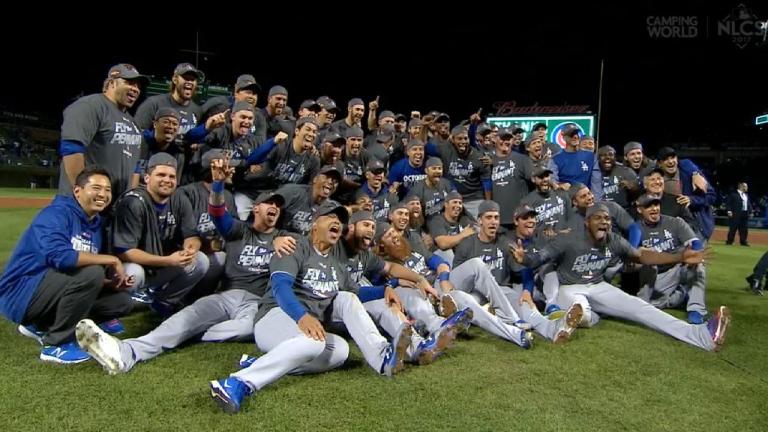 As for a prediction, I like the Dodgers here. I think this is their year to finally break out. This stellar offense along with above average pitching is just way to good and is playing way to good to lose this series. That being said, I think the Astros are going to compete and take this series to 6 games. They are way to good of a ball club and any team that has Keuchel  and Verlander as there 1-2 is gonna compete in a best of seven series. It will also be interesting to see who bends first at as both teams are undefeated at home this postseason. Whatever the case my be, this is going to be a wildly entertaining series and Tuesday night cannot come soon enough.