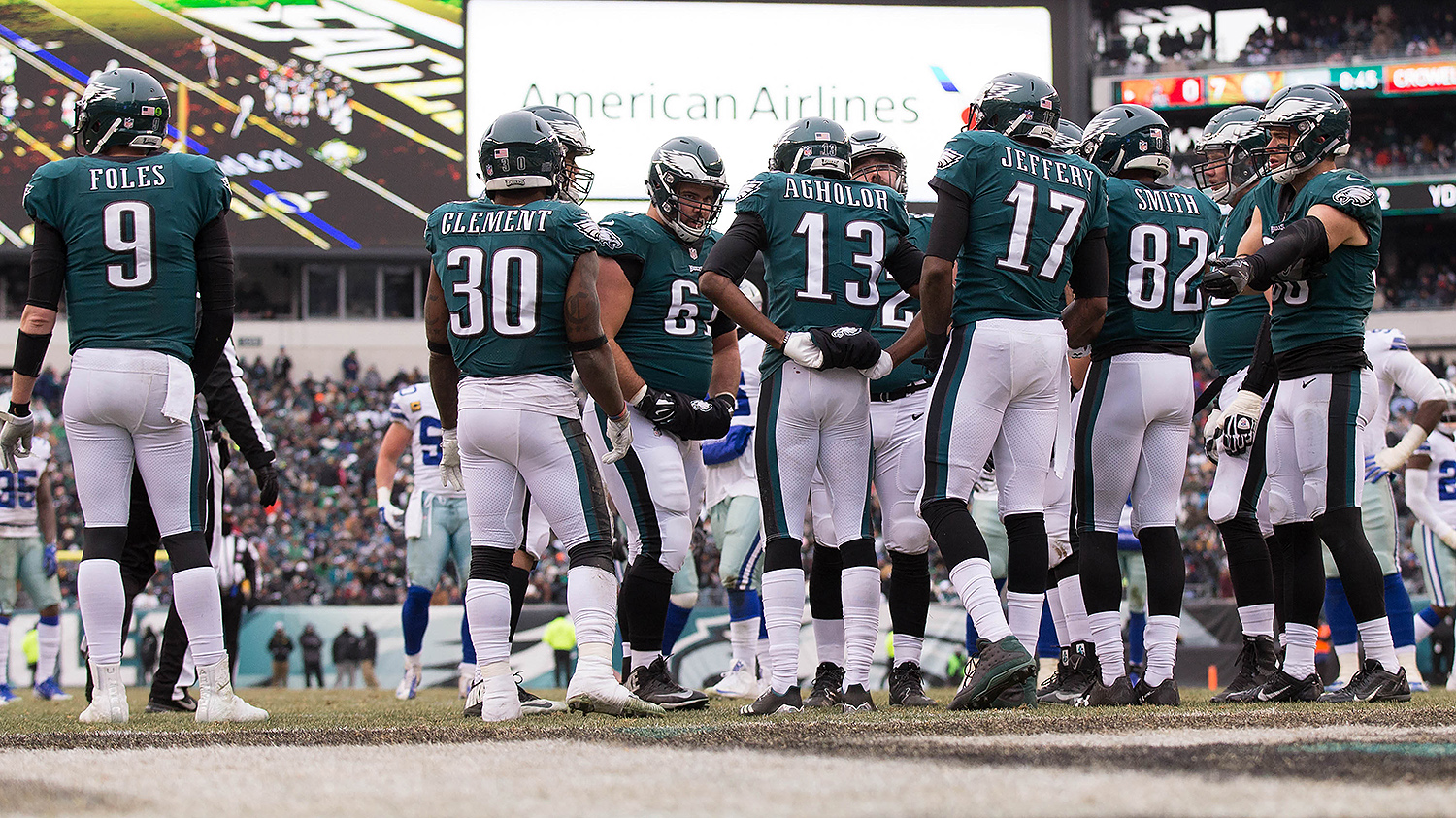 The time has come. A grueling 17 week season with 16 games has all led to this. The long practices in the hot Philadelphia sun and the fridged Monday night games at the Linc has all led up to this moment. The Philadelphia Eagles are coming into the playoffs with a 13-3 record, the number one seed in the NFC and have found themselves just two wins away from going to the Super Bowl. This season has come with a plethora of ups along with an assortment of lows. The Birds have been plagued by injury but find a way to continue to find success and have adopted a “next man up theory”. They have lost key players in the names of Darren Sporles, Jason Peters, Chris Maragos, Jordan Hicks, and Ronald Darby (who is now back) and maybe the biggest loss in Eagles history Carson Wentz. Wentz tore his ACL during week 14 against the Los Angeles Rams. Before the injury occurred, Wentz was having an MVP like season, passing for 3200 yards on the year to go along with 33 TD passes, one shy of the league lead. Some say that Wentz is still the league’s MVP and you can only imagine what this guy could have done come playoff time.

With the loss of Wentz, many said that the Eagles season was over. They were just going to sit down and quit. Their leader had gone down and they had no chance of even winning one game in the playoffs. If you made that comment however, you know absolutely nothing about this team. This Eagles team does not have an ounce of quit in their bodies. They have been too special and they are too talented to just go down right away. Yes, the loss of Carson Wentz is a big blow but as a wise man by the name of Chip Kelly said “We’re from Philadelphia and we fight.”

The Eagles will be facing the Atlanta Falcons who are riding a ton of momentum, being winners of 7 of their last 9 ballgames including a huge win last week in the Wild Card round against the 3 seed in the NFC, the Los Angeles Rams. The Falcons are led by their 3 headed beast on the offensive side of the ball. QB Matt Ryan has had another great year, throwing for 4,000 yards on the year to go along with 20 passing TDs. Ryan is complemented by his explosive running back Devonta Freeman who has ran for 800 yards on the season and can beat you with his exclusiveness in the blink of an eye. Finally the most talented player on the Falcons team and one of the most talented players in the entire NFL, WR Julio Jones. Jones has 88 receptions on the year, 1440 receiving yards but only 3 TDs on the season. The Eagles defense will have to find a way to contain these 3 if they want a chance to win. That being said, the Eagles defense is very capable of doing so. Besides a few miserable weeks, the defense has been stout this season and is a big part of the Eagles success this season. They have one of the best defensive lines in football that is led by Fletcher Cox and big, bad Timmy Jernigan. They have an above average linebacking core but a mediocre secondary and that has been one of the few weaknesses that the Eagles have faced this season. They will need to play as a complete unit on Saturday and force turnovers, because a Nick Foles led offense is not capable of winning a shoot out style of game.

This game will not be won by the talent on the field but rather the fans in the stand. Now, I know that sounds crazy but I really feel that these teams are so evenly matched that home field advantage could be the deciding factor. If the Eagles can create an absolute hostile environment for 3 and a half hours and the Falcons need to be begging to get out of the Line as soon as possible. I’m talking an atmosphere where the Falcons fans do not feel comfortable in the slightest. I want the fans to heckle them non stop and have the Birds lose their voices before the ball even leaves the air. The weather needs to be cold, nasty and uncomfortable because that was Philadelphia playoff football is all about. And if the Falcons somehow get up early, the fans CAN NOT GET QUIET. That will only build the confidence of the Falcons and things could get ugly quick. My prediction for this game is simple, 21-14 Birds and anything and I mean ANYTHING can happen during the NFC championship in Philadelphia, go birds.