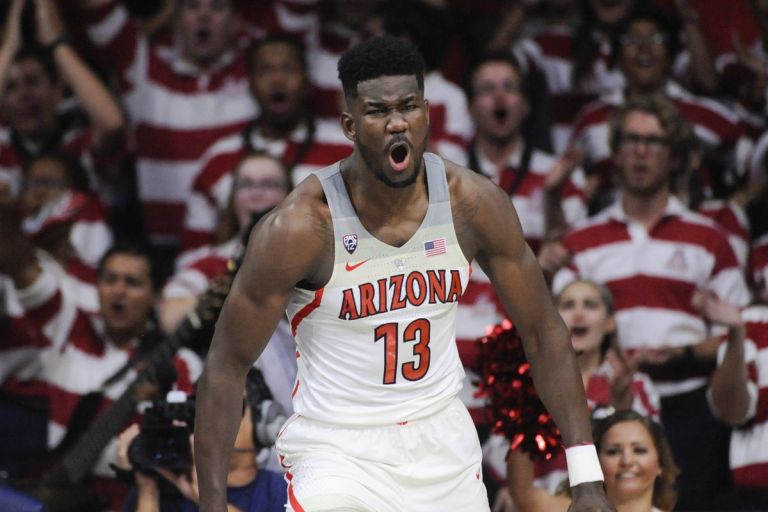 On Friday Morning a story was released by Yahoo Sports that revealed that the FBI was in current investigation of 4 and 5 star recruits being paid by big time universities to come to their school. These schools include Duke, UNC, Kansas, Michigan State, Alabama, Wichita State and Arizona. These are only some of the big time programs that are being put under investigation and this could lead to one of the biggest NCAA punishments we have ever seen. Just when you thought the shit storm of news for the day was over, a story was released that was entitled “Report: Sean Miller Discussed Paying Deandre Ayton $100K to Commit to Arizona.” The article goes on to mention that Arizona Wildcats head basketball coach Sean Miller was reportedly recorded by FBI wiretaps speaking to Christian Dawkins, an associate of former NBA agent Andy Miller, about facilitating a $100,000 payment to prized prospect Deandre Ayton so he would commit to the school. If this is true, it is shocking. We as a society have always been told and especially in today’s day in age that yes, college sports have turned into a business, but no the kids are not getting paid a penny. We are ensured that the school brings home the money that is made by the players work and that they can barely afford a box of pizza from Dominos after practice. Have we been lied to this entire time? Has every big time recruit and forget just college basketball, let’s bring in football too, walked on to campus with 100 grand in his pocket that was given to him by the school so he would choose them. And let’s not forget Deandre Ayton is a stud don’t get me wrong, but he is not the best player in college basketball and was not the biggest recruit on the market. How much money did Marvin Bagley Jr. get paid to go to Duke? Half a mill? We have been lied to and it’s disgusting. If you are going to pay athletes that’s fine, I actually believe they should be paid, but do it in a public matter and not in some illegal, behind the table, horse shit way.

So now what? How are we going to punish these programs for allegedly committing the cardinal sin? I gotta be honest, the potential of these consequences scares the crap out of me. Duke can kiss there 2014 – 2015 national championship good-bye. Kansas can say good bye to Bill Self. In a matter of time, we could see the NCAA Tournament which is one of the premier events of the year, turn into the NIT because all these big time programs will become ineligible. Now all this is all depending on if this investigation finds that these reports are true, but if it is, this is the beginning to the end of college basketball as we know it.