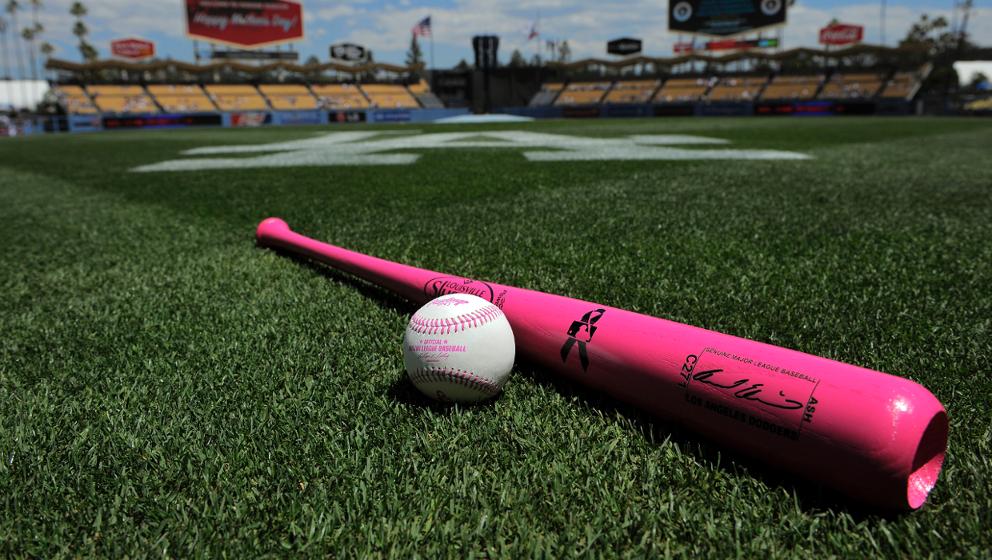 What a week it was in the wild world that we like to call, major league baseball. This week for some, was a week to return home. It was a weekend that presented an oppurtunity to  make a trip across to country and say hello to some old friends who have made a huge impact on ones life. For other’s, this week was about setting historic millstones and doing what was thought to be a feat that could be accomplished only in a video game . We start however, with a beautiful tribute to all the mother’s out there, who do not get half of enough the appreciation that they deserve.

This Sunday was of course Mother’s Day, a day where we appreciate the ladies who mean the most to us in our lives. All around Major League Baseball, teams honored their mothers  by wearing special pink hats and other special amentities. Along with the hats that were to be mandatoraly worn, players had the option to use pink accessories, alternate pink gear and even pink bats to show their love. Player’s jumped all over this opportunity and you would think that you were watching a flower show. Phillies catcher Jorge Alfaro was most notably spotted wearing hot pink catchers gear to go along with custom eye black that spelled out “I love you mom.” This is a way for players all across the nation to show just how much their mothers mean to them and how they would not be where they are today if it was not for their love and support. Multiple MLB mothers threw out first pitchers as well as being honored prior to the games beginnings. This Holliday is about saying thank you, for the sacrifices mothers make for their children to be happy. Without mom’s, this world would be a dark, dark place. Here is a mini slide show of some of the best Mother’s Day moments around baseball.

On Saturday afternoon, the Cleveland Indians had a meeting with the Kansas City Royals which was to be expected as a regular afternoon sware. What would ensue during that matchup however, was a historic performance from one of the most electrifying players in all of major league baseball. Fransisco Lindor is a superstar. There is no questioning it, the dude can do it all. From flashing the leather, to hitting balls farther than humanly possible, Franky Baseball is a guy you only dream about. On Saturday afternoon, Lindor accomplished a feat that had only been done around 100 times over the past 100 years. Lindor went 4-4, with all 4 hits being of the extra base hit value. Of these 4 hits, two were homers, and two were doubles. To put in context of just how impressive this is take a look at this tweet.

So essentially, what Lindor did was more impressive than a cycle, and by a wide margin. During this game, Lindor also continued his hitting streak, as he expanded it to 13 games. The most impressive stat of them all might be the fact  that during his 13-game hitting streak, Lindor’s hitting .464/.491/1.036 with 14 RBIs. His eight home runs in May lead all of MLB. His 15 extra-base hits are tops too. Seriously? The man is on fire right now and I never want to see him cool down. On Fransisco Lindor T-Shirt day at Progressive Field, the man himself put on a performance that everyone in attendance will never forget and an outing that will go down as one of the most impressive single game offensive performances, in MLB history.

Andrew  McCutchen may be repping the black and orange now, but he is a Pirate at heart and will most likely, go do to Cooperstown wearing a P on his hat. I mean, how could you not? The guy played for the Pirates for 9 seasons and was arguably, the most beloved and talented Pirate to ever play for the orginization. This weekend, Cutch and his new team, the San Fransisco Giants, made the trip out to Pittsburgh, which would inevitably be an emotional return home for Cutch. The Inevitable quickly became a reality as in the top of the first inning on Friday night, MucCutchen stepped in the box, for the first time since being traded. This time however, Cutch was wearing a different color and playing for a different team. The Pittsburgh faithful stood on their feet, some in tears, some with signs,  some in joy, but all in positive spirit as they welcomed their guy home. An emotional McCutchen tipped his helmet, thanking and acknowledging the fans that had been  so loyal to him throughout his career. As Cutch dug into the box, you could see he tried to hold back the tears and it was clear just how special of a  place thia was to him and just how special this moment was.

As the weekend went on and McCutchen’s ABs grew in numbers, the claps began to get smaller but each time, you could tell something special was happening and could tell that this man had made a special impact on this city. On Sunday, McCutchen was even gifted flowers by a fan in which he most likely gave to his wife as a mother’s day present. The Pirates would go on to take two out of three in the series but it really didn’t matter. This weekend was not about the result of the game. This weekend was about welcoming a hero home. 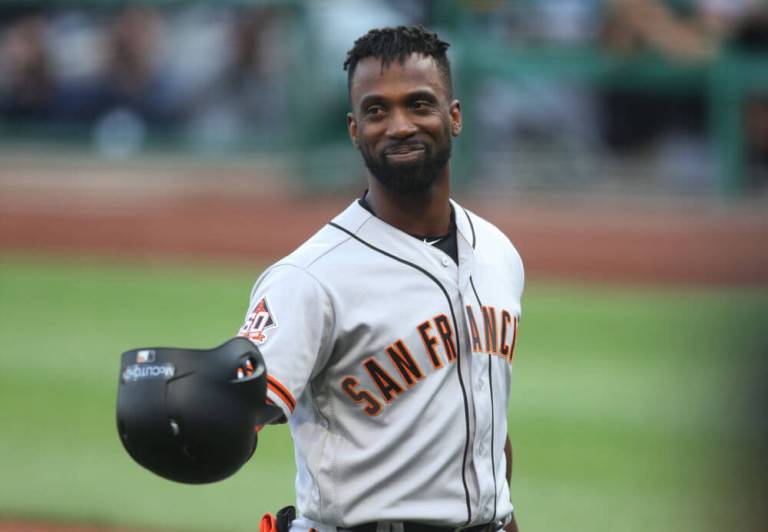