The 2018 MLB All-Star Game will take place in our nation’s capital. Quite fitting for America’s Pastime.

One of my favorite parts of the midsummer classic doesn’t even take place during All-Star week.

Despite not being able to vote for pitchers, it’s still one of my favorite things to do.

The ballots were released June 1. Without any further ado, I bring you my 2018 ballot (for now).

What do I look for in an All-Star?

I look for someone who can put up great numbers all around.

Hit for average, knock the ball out of the yard, and bring your teammates around to score.

As far as average, Yuli Gurriel of the Houston Astros leads all AL first baseman on the ballot batting .302. He has only hit two home runs this season.

Leading AL first baseman in home runs is Joey Gallo clobbering 17 dingers while hitting one point below the Mendoza Line (.199).

Looking at the field, I select a guy who’s due for another All-Star appearance and there isn’t a better time than the present.

I’m talking about Chicago White Sox’s Jose Abreu who hasn’t been selected to the midsummer classic since his rookie season in 2014.

Going into his fifth season, Abreu has posted at least a .290 average, 25 home runs and 100 runs batted in.

Season number five might be no different as he is batting .288 with 11 blasts and 40 driven in.

Freddie Freeman has emerged as the top first baseman in the senior circuit and maybe the league as well.

Freeman is the National League’s leading hitter batting .342 with 14 home runs and 48 batted in.

Freeman is also leading the senior circuit with a 1.021 OPS.

The Braves first baseman is impressive from the batter’s box and he is equally impressive at another part of the game, defense.

Freeman has a .993 fielding percentage through 575 total chances.

Coincidentally, he also hasn’t been selected since 2014.

We knew we’d see Gleyber Torres in the majors this season.

Since he got called up on April 22, he hasn’t wasted any time with the big club being one of the key contributors to a Yankee lineup that hasn’t reached its potential yet this season and that’s scary. 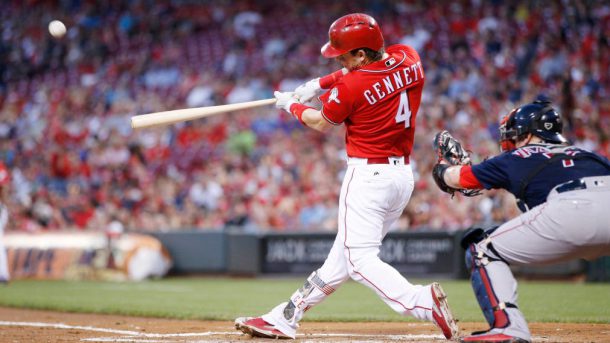 Scooter Gennett has emerged as the elite Second Baseman in the NL.

Is he the replacement for Brandon Phillips however?

He is arbitration eligible next year and will turn 30 in 2020.

That’s another question for another time.

For the time being, enjoy who is most likely you lone All-Star Reds fans. 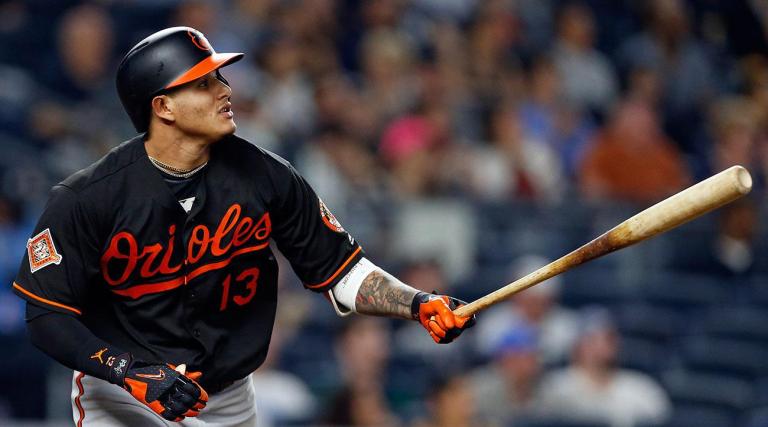 Manny Machado is up there with the best as far as Shortstops in the MLB let alone the American League.

The Midsummer Classic will be in our Nations Capital with the host team’s natural rival, Baltimore Orioles not too far away. Expect a ton of votes for Machado due to the proximity of the team and the game.

Not only that but it’s most likely one of his last moments in an Orioles uniform.

Just like Gennett and the Reds, Machado will most likely be the lone representative for the O’s. 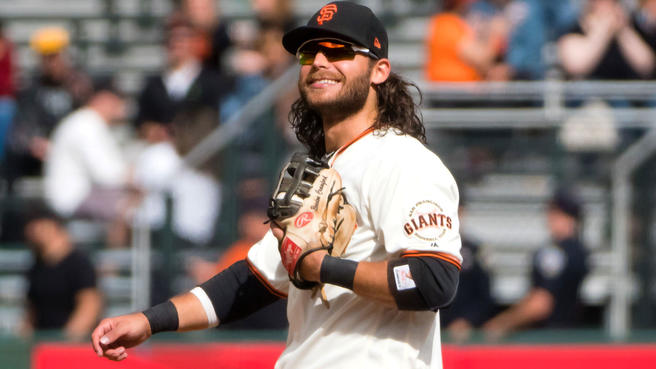 The NL West is the tightest division in baseball and it’s going to be interesting to see who comes out on top.

To keep competitive, the Giants are going to need Brandon Crawford healthy as he has put up good numbers offensively and defensively.

Defensively, he has a fielding percentage of .986 which is sixth amongst shortstops and leads the same group with a 4.32 range factor.

Jose Ramirez was an All-Star in 2017 and now since Machado has moved to short, he could very well make his first start in the midsummer classic.

Ramirez is quickly approaching his career-high in home runs, 29, already clobbering 20 of them.

Nolan Arenado is the complete package.

A 3x All-Star, 3x Silver Slugger, winner of a Platinum Glove and the leader who the Rockies needed to make themselves relevant again.

We all knew that the AL East would be end up a battle between the Yankees and the Red Sox and maybe the Blue Jays.

The Rays have been surprising this year however and currently are ahead of Toronto who were supposed to be the dark horses in the AL East. Not to mention, they’re only four games below .500.

The Rays can thank Wilson Ramos for his leadership behind the plate so far this season.

Defensively, he has a .995 fielding percentage and a range factor of 8.32

As we discussed earlier with Gennett and Machado, JT Realmuto is most likely the lone representative for the Fish in the 89th annual Midsummer Classic.

An All-Star nod for Realmuto will increase his trade value and hopefully more prospects fed into the Miami farm system.

Behind the plate, Realmuto has 22 Assists and has thrown out 10 of 24 base stealers.

JD Martinez is dominating the other DH’s in the league.

There’s no one close to the numbers he is putting up.

His 1.039 OPS is good for third in the majors behind teammate Mookie Betts and yet again, Mike Trout.

What an outfield. All three of these guys are in the top 10 in OPS in the entire MLB.

All three have above average gloves.

In fact, Mike Trout has been impeccable with his glove.

This type of outfield construction can only be found at the All-Star game and it deserves to be shown in our nation’s capital.

Trout, continuing to be the five-tool player he is isn’t only making plays in the outfield but he is also leading the league with 23 dingers and his 1.130 OPS is second behind Betts.

Judge is the lighter hitting out of the three only hitting .275 but along with his OPS, his 18 blasts and 46 RBI’s are also in the top 10. 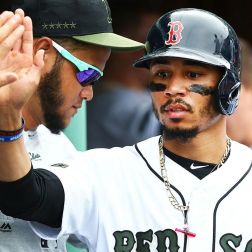 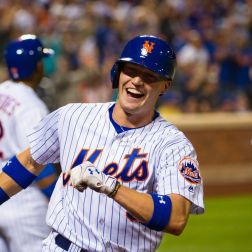 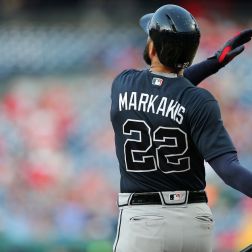 Ok this most definitely isn’t the starting outfield in the senior circuit. I know that.

This isn’t me predicting the starters though, this is my selections, and this is the outfielders I have enjoyed.

Matt Kemp has at age 33 has been a pleasant surprise for the Dodgers putting up numbers we haven’t seen since his last All-Star season in 2012.

As for Markakis, he is playing his best baseball at age 34.

He has always been a solid player but he has never been an All-Star.

Give it to him, he deserves it as he is in the top 10 in hitting with a .325 average and being one of the key contributors to another surprise, the Atlanta Braves themselves.

Brandon Nimmo isn’t on the ballot but you can write him in. He has been a constant in a Mets offense that has been inept and as a Mets fan, he has been the most exciting thing to watch (except for deGrom with or without hair).

Nimmo sprints on walks. On … walks! His smile is infectious and makes me keep watching the Mets even though I know darn well I’ll be disappointed at the end of the night.

In all likelihood, he is probably a final vote candidate and unless another National is on the ballot, he has a good chance to win.

Mike Ricchione is a baseball enthusiast. He hosts a weekly MLB Talk Show “Rounding the Bases” which returns to 107.7 The Bronc on July 3rd in its new timeslot, Tuesdays and Thursdays from 5 p.m. – 6 p.m. You can follow him on Twitter @MikeRicchione