When it comes to important positions in the game of baseball, centerfield is right up at the top. Centerfielders are typically guys who possess three of the five tools that are used to rate baseball players and are the quarterbacks of the outfield. They make star-studded plays in the field and swing a hot bat at the plate. For this list, everyone is playing for second place. Unfortunately for the other 29 starting centerfielders in this league, one guy reigns supreme. Nevertheless, let’s get into the top five. 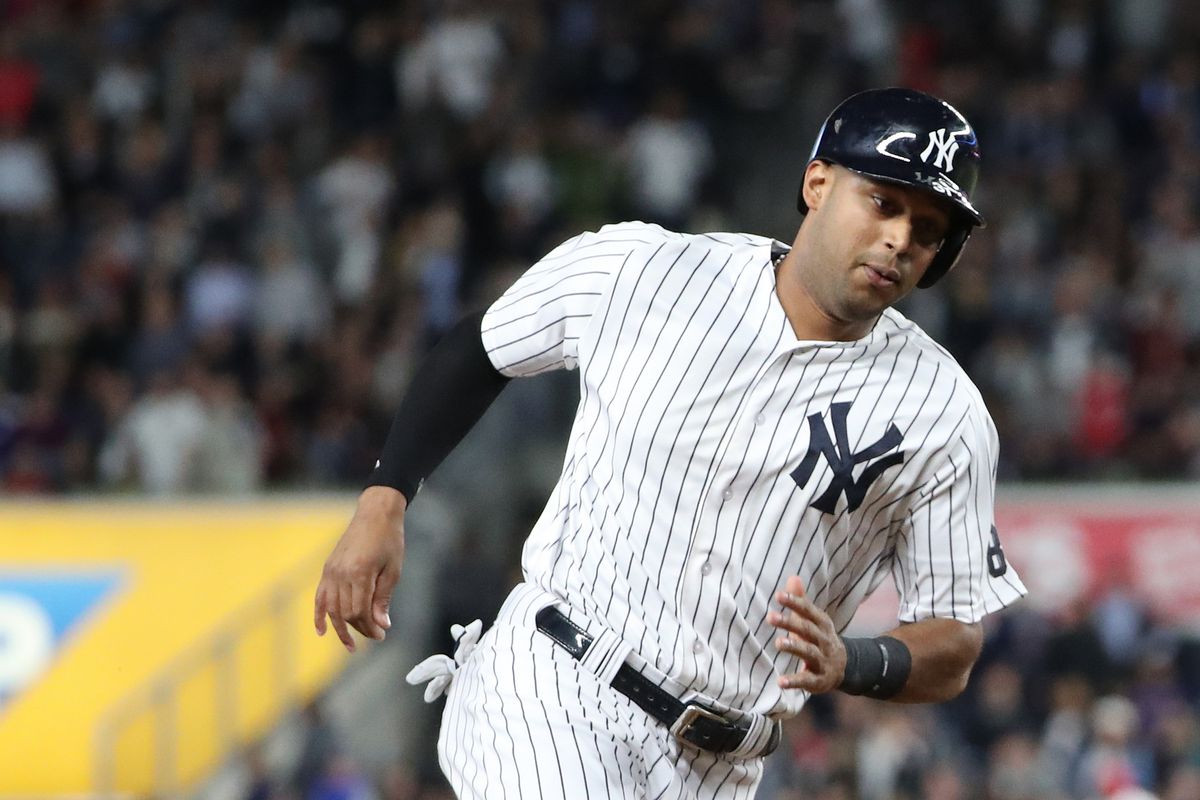 When it comes to underrated players in Major League Baseball, most fans look no further than Aaron Hicks. Seen as the forgotten man in the Yankees lineup, Hicks had himself a career year in 2018. In his first season as a full-time starter, he had career highs in hits, doubles, home runs, RBIs and runs scored. Hicks proved that he can be an everyday centerfielder on a championship contender and got himself a hefty payday because of it. The Yanks rewarded Hicks with a seven-year, $70 million contract extension that will keep him in pinstripes through the 2025 season. Though he may be overshadowed by his outfield partner Aaron Judge and the behemoth that is Giancarlo Stanton, Hicks should not be taken lightly. He actually benefits from being in the same lineup as Judge and Stanton. Whether he is hitting in front or behind those two, teams have no choice but to pitch to him. He’s also no slouch in the field, as Hicks had just two errors last season. He probably won’t win a gold glove in his career, but he gets the job done in the middle of the outfield. Hicks should continue his progression in 2019 as he will be planted in the middle of a scary Yankees lineup.

As a huge baseball fan, I watch a lot of games over the summer. One of the best teams in baseball for the last three years has been the Houston Astros. They have stars like Jose Altuve, Carlos Correa, Alex Bregman, but when I decide to watch the Astros it’s not because of any of those players. I watch the Astros because I love watching George Springer play the game of baseball. When I tell you this man loves playing baseball, that is a severe understatement. He is always seen with a smile on his face and that’s what makes him the heart and soul of one of the best teams in the bigs. Through four full seasons in Houston, Springer has established himself as one of the best outfielders in the game. His biggest achievement so far was claiming World Series MVP honors when the ‘Stros won it back in 2017. Springer’s stats don’t necessarily jump off the page, but make no mistake about it, he is a very good baseball player. He’s been named an all-star each of the past two seasons and although he had a down year last season, expect him to bounce back quickly. It is honestly unfair that the Astros have five of the top 40 players in the game, but some teams can only be so lucky. If you like smiling and enjoy being happy, watch George Springer play baseball. I promise you won’t be disappointed.

Two seasons ago, Cody Bellinger was the National League’s version of Aaron Judge. He burst onto the scene as a rookie, belting 39 home runs while driving in 97 runs, easily taking home NL Rookie of the Year honors. Now, you can’t expect a 22-year-old to duplicate those kinds of numbers. Simply put, pitchers will figure out a hitter’s tendency once they have a full year in the bigs and that’s what happened to Bellinger in year two. He didn’t have a terrible season, but it was not up to par with his rookie campaign. Despite his numbers not being all-star like, Bellinger played all 162 games for the Dodgers, proving that he is durable. He also split time between first base and center field, showing his versatility. With the mid-season emergence of Max Muncy, Bellinger was moved to the outfield and didn’t miss a beat. As for the 2019 season, Bellinger probably won’t be the everyday centerfielder for the Dodgers. That nod will most likely go to newly acquired AJ Pollock, but because I’m not Dave Roberts and don’t know where I’ll be putting my players, I put Bellinger on this list regardless. He has expressed that he wants to play everyday for the Dodgers and why wouldn’t he? He’s a star in the making and will get back into the groove of things in his third season in L.A. Bellinger has one of the smoothest swings in the game and I see him as a dark horse for the NL MVP award in 2019. 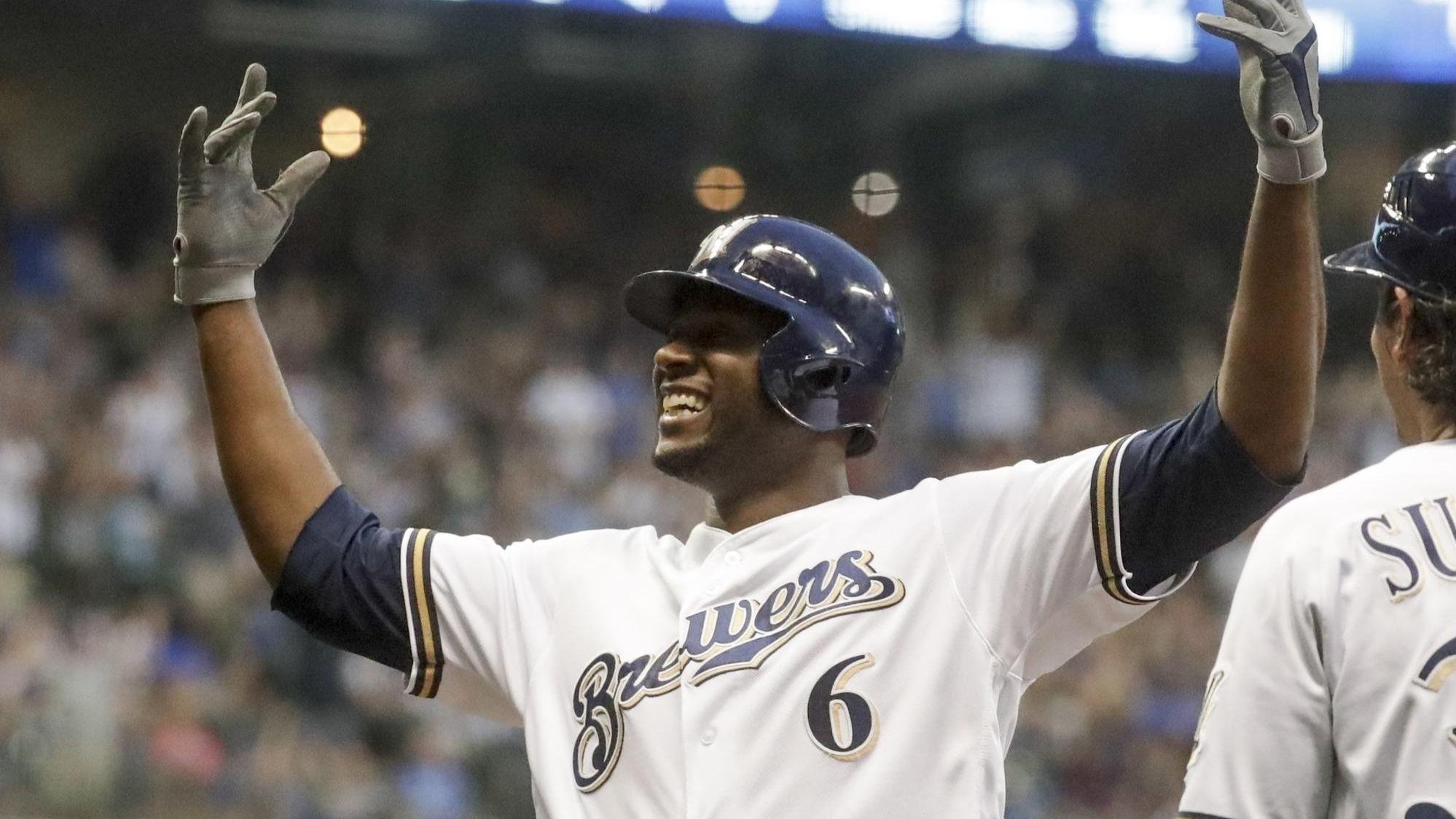 I think we can all agree that baseball players, for the most part, are overpaid. I mean they make millions of dollars to play a children’s game. When Lorenzo Cain signed a five-year, $80 million contract last winter, many skeptics said he was severely overpaid. What did Cain do in 2018 you may ask? He made the all-star team and finished 7th in NL MVP voting, all while anchoring a Brewers outfield that helped Milwaukee come within one game of the National League pennant. When I think of consistency, Lorenzo Cain is at the top of the list. In the last five seasons, Cain has hit .300 or better four times. The only year he didn’t do that, he missed 60 games, and still managed to finish with a .287 batting average. He is also a menace on the base paths, as he swiped 30 bags in 2018, a career high. While $16 million a year is a lot of money, the Brewers did not overpay for Lorenzo Cain. We may look at that contract differently four years from now when Cain is in his age 36 season, but through year one, I’d say it has paid off. Cain is one of the best leadoff hitters in the game, and should continue to be in 2019 at the top of one of the most explosive lineups in baseball.

If you didn’t see this coming, well you my friend have been living under a rock for the last five years. Mike Trout is not only the best centerfielder, but he is the best player in all of Major League Baseball and it really isn’t close. Though players have had better individual seasons than him in 2017 (Jose Altuve) and 2018 (Mookie Betts), no player has come close to Trout’s consistency. In seven seasons as a major leaguer, Mike Trout has finished no lower than FOURTH in AL MVP voting. He’s won it twice (2014, 2016), finished 2nd four times (2012, 2013, 2015, 2018) and if it weren’t for two Triple Crown winning season from Miguel Cabrera, we could be looking at a four-time AL MVP who hasn’t even turned 28 yet. Mike Trout does things on a baseball field that my 20-year-old eyes have never seen before. He makes everything look easy and it amazes me and so many other baseball fans. Unfortunately for Trout and baseball fans alike, he is on a mediocre baseball team. In seven seasons, Mike Trout and the Angels have only been to the postseason once and they didn’t win a game. Baseball quite honestly suffers because of this. If the sport’s best player is on a bad team, not even to mention a team on the west coast, how do you market him? The decline of popularity for baseball is no thanks in part to this marketing problem and it’s honestly a shame. What gets lost because of this is Trout’s off the field works. He often donates money to his hometown of Millville, NJ, and returns home every spring to talk with the Millville High baseball team before its season. Mike Trout is just an all-around superstar human being and hopefully he gets more recognition outside of the baseball world, because it’s about time he does.