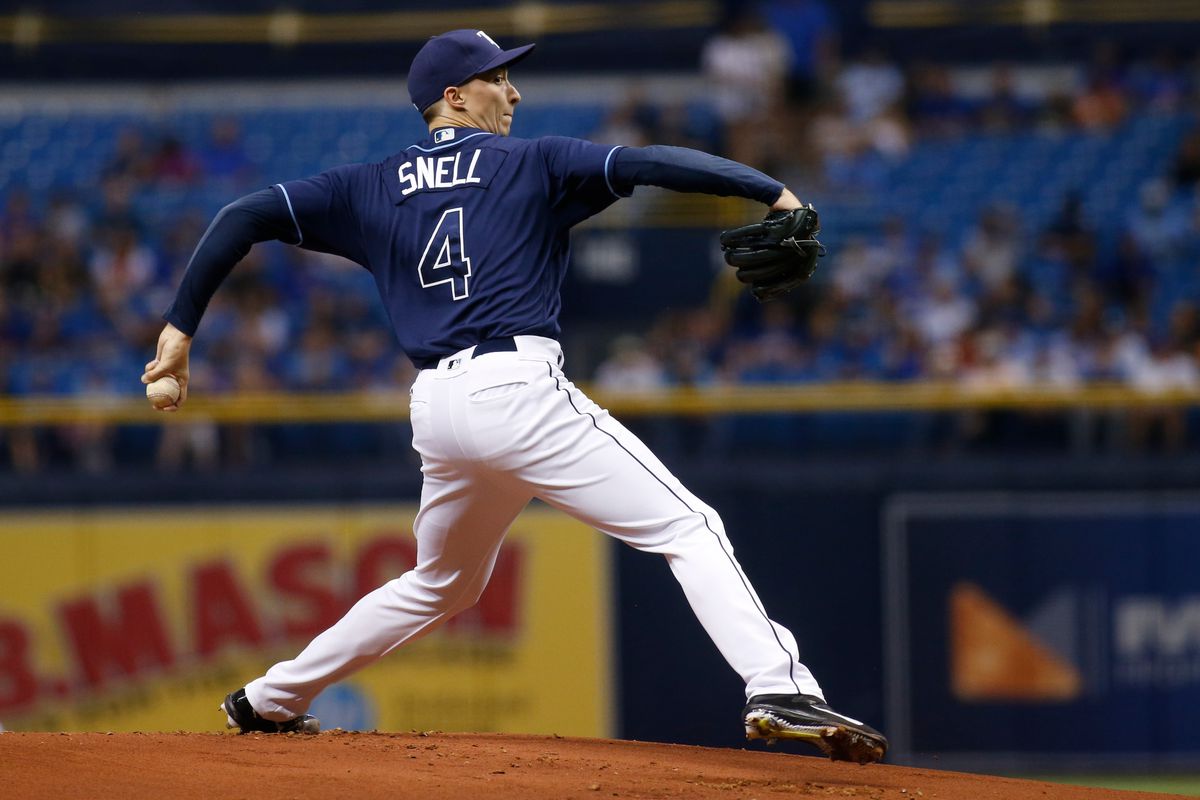 Starting Pitchers. They pitch every fifth day, get paid millions of dollars to make a ball spin, and have a mind of their own. The starting pitcher is the most unique creature in the majors. This list is made up of five guys, who absolutely dominated the major league scene in 2018. Guys who made it their day and night job to make batters look foolish and mow hitters down like they were over grown lawns. Featured on this list, you will see seasoned veterans who are well on their way to Cooperstown, as well as some new, young faces who are ready to become the new stars of the game. We start our list off with a young stud down in Tampa who had a breakout 2018 campaign.

Blake Snell, also known as classiclyfamous on Twitch.tv for you gaming fans out there, emerged as one of the best pitchers in the game after an outstanding Cy Young campaign in 2018. Snell finished the year at a 21-5 mark, a 1.89 ERA and 221 strikeouts in 180.1 innings. (Only 180 innings you say?) Yes, only 180 innings. That has been Snell’s only downside throughout his short big league career. Injuries have played a factor in the 26-year old’s time with the Rays and is why he comes up at only five on my list. Coming into 2019, Snell has looked healthy and ready for a shot at going back-to-back. The Seattle native pairs a 97 mph fastball with a wipe-out slider and a knee-buckling curveball. I see this guy having much of the same success in 2019, assuming he can stay healthy. 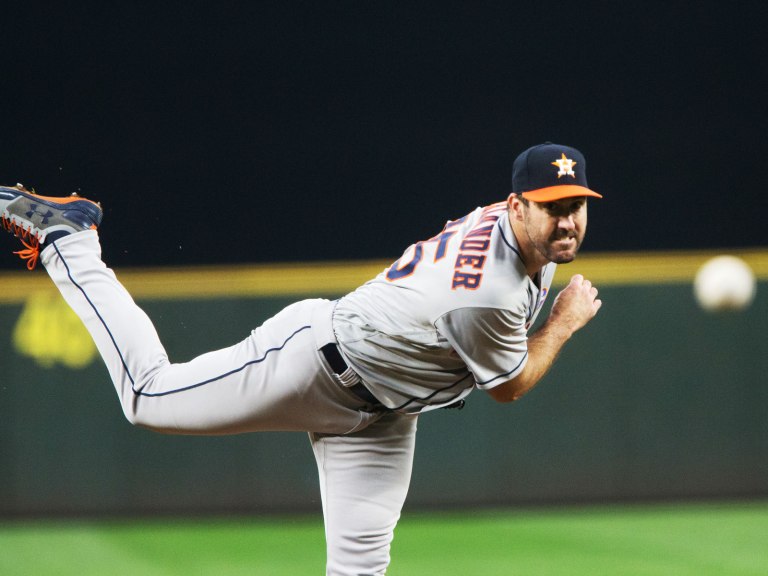 The Astros’ ace has revitalized his career and taken back his elite status. Verlander was a stud for the entire 2018 season, snatching second in the Cy Young voting. The right-hander finished the year 16-9 with a 2.52 ERA and 290 strikeouts, good for second in the league. The former Cy Young and MVP has been spectacular since being traded to the Astros late in the 2017 season. In 2018, Verlander finished with a career best, yes career best, .902 WHIP. Amazingly, the 36-year old has maintained most of his velocity to go along with a wicked curveball that has been his money pitch his entire career. Verlander leads a very strong Houston rotation heading into the 2019 campaign that looks to do some damage deep into October. The 7-time All-Star may very well make it 8, but will have some tough competition for his second Cy Young.

The lefty side-armer has been a stud in the game of baseball for the better part of a decade. Sale is the all-time leader in strikeouts per 9 innings (min. 1000 IP) and seemed well on his way to his first career Cy Young before being hit with the injury bug. He finished the year with a 2.11 ERA, 237 strikeouts, and a .861 WHIP. Sale has been an All-Star each of the last 7 seasons while finishing in the top six in Cy Young voting each of those years as well. Sale ended the 2018 MLB season with the same pitch he made his name with, the slider. His slider is up there as one of the nastiest pitches of all time. There has been times where that pitch earned a strikeout while hitting the batter. Hitters fear that pitch and, oh, his fastball reached 100 MPH in the first half of last year. Look for Sale to be reliable and dominant once again.

Jacob DeGrom had one of the most dominant seasons in MLB history last season, unless you look at his record. The reigning National League Cy Young award winner finished the year with an astounding 1.70 ERA, a .912 WHIP, and 269 strikeouts. The soon to be 31-year old also had an amazing 10.0 WAR and was a work horse with 217 innings pitched. Due to a lack of help, DeGrom had only a 10-9 record, which clearly is not reflective of how great he was. There was speculation of DeGrom being trade last season, but the Mets decided otherwise and added many key pieces to fill out their roster. They are clearly in a win now mindset while they still have their two-headed monster at the top of their rotation.

Here we are. The number one starting pitcher heading into the 2019 MLB season. Max Scherzer has been the Golden Boy of aces and is one of six pitchers to win a Cy Young in both leagues. Scherzer finished 2018 second in Cy Young voting, accumulating a 9.5 WAR, 18-7 record, a 2.53 ERA, and a league-best 300 strikeouts. He also had an amazing .911 WHIP and eclipsed 200 innings for the sixth straight season. The three-time Cy Young winner has been one of the most consistent players in the league since his break-out year in 2013. Scherzer could face a certain former teammate many times this year and would be a match up worth paying money for. It is expected to see Scherzer deep into the Cy Young conversation, and maybe even the MVP conversation as well. The six-time All-Star is nearly a lock for another star-studded year in 2019.