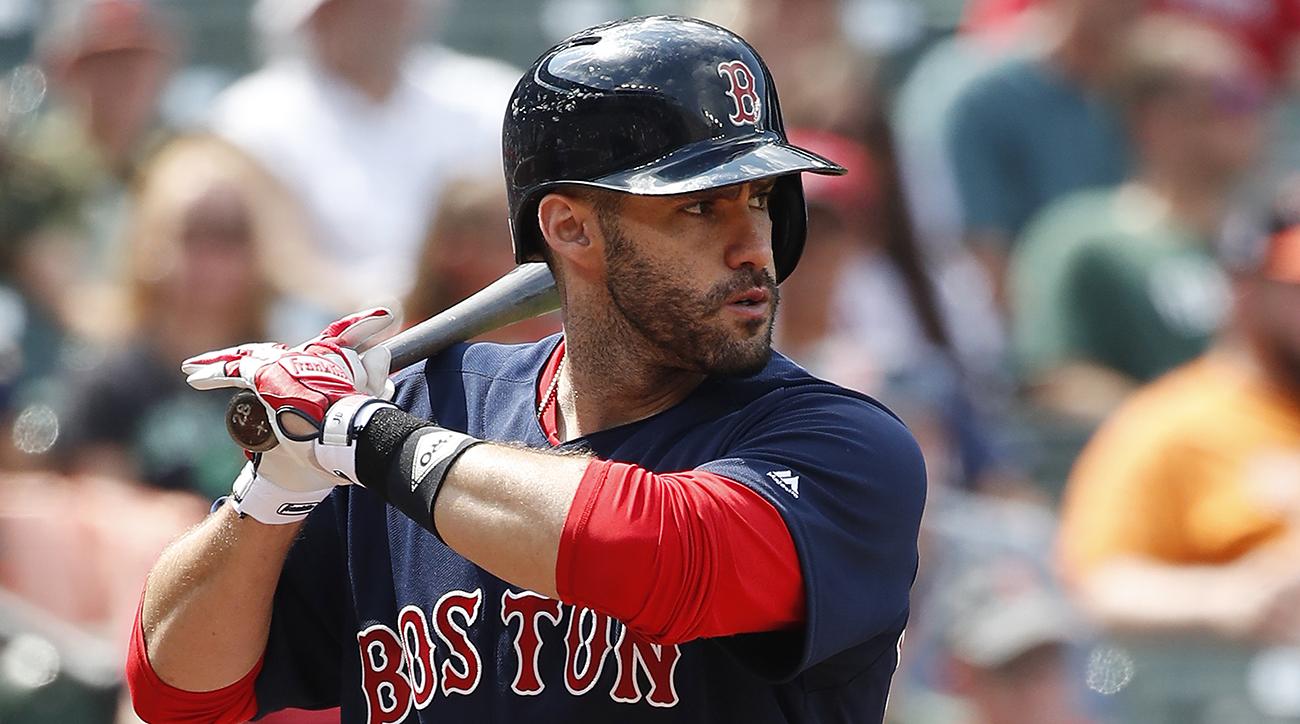 The designated hitter has become one of the hottest topics of conversation throughout the sport of baseball. Since its introduction to the league in 1973, it began the transformation into a hitters’ game. It opened up a new door for those guys that are sluggers, but have not found the same success with the glove. It also provides teams to have an extra guy in the lineup who can do some damage, or even just to give a guy some rest without losing his bat. Those are some reasons why many people are pushing to add the DH to the National League. The designated hitter, however, is not what is used to be. This position is now filled with athletic strongholds as opposed to bigger and slower guys that cannot run. To qualify for this list, players must have appeared in at least 75 games as the DH in 2018. We start this list off with possibly the most intriguing player in MLB history, solely because of what he brings to the baseball field, which is almost everything. Now I know what some of you may be thinking, “How can Ohtani qualify for this list when he just had Tommy John surgery?” Yes, Ohtani is recovering from TJ, but is expected back in May and should be the full-time DH by sometime early June. Shohei Ohtani stole the show in the early stages of the 2018 season. Ohtani was the biggest name on the free agent market before the season, deciding to leave Japan and play Major League Baseball. The AL Rookie of the Year slashed .289/.361/.564 in an injury-shortened season last year but managed to impress enough and pull off things the game of baseball has not seen since Babe Ruth. Ohtani put himself in Ruth’s company right away. He became the first player to win a game pitching, and then homer as a non-pitcher in his next game. It is unbelievable how Ohtani has impacted the game and it did nothing but harm when he injured his elbow. Look for Ohtani to have an even better slash line, to go along with another 20+ home run season and somewhere in the 70 to 80 RBIs range, assuming his rehab progression goes as planned.

Nelson Cruz. The guy who seems to defy the laws of getting older every year. Cruz has been one of the most consistent and durable players over the last five seasons. Last season, the 6-time All-Star finished with his fifth straight season of 35+ homers. Despite the drop in his average, Cruz shows no signs of slowing down as he inches closer and closer to age 40. Nelson Cruz debuted for the Brewers in 2005, but his official rookie season was the following year with the Rangers. He had a rough start to his big league career but since becoming an everyday player in 2009, has been one of the best hitters in the entire league. However, his power numbers have seen a real increase since becoming more accumulated to the designated hitter position with the Orioles in 2014. Now that Cruz is officially a full-time, everyday DH, there is no reason to not expect another extremely productive year from the 38-year old.

This brings us to number three on this list. Mr .247 himself, Khris Davis. David led all players with 139 appearances at the DH position last year. That proved to be a great move as Davis had a career year in terms of home runs, runs batted in, slugging percentage, and OPS. Khrush Davis is as close to a lock for 40 home runs as you can get. Every year now it seems that he is constantly near the top of the list in big flies. He is also good for an OPS well above .800. The reason Davis is only at number three is because, unlike the top two guys on this list, he is a real liability when playing at National League parks. The glove just does not match the bat and it is not even close. With that being said, Davis is going to anchor a young, but promising Oakland Athletics lineup. Khrush is poised for yet another 40/100 year and it’ll be fun to watch if he can keep up that .247 batting average for a fifth straight year.

Stanton has been one of the most prolific home run hitters for the better part of a decade. Since debuting in 2010, Stanton has never finished a season with fewer than 20 home runs and has hit as many as 59 in a year. Stanton has battled many injuries throughout his entire career, having only played four full seasons out of nine. Stanton was traded to New York last winter as part of a cleaning house situation down in Miami. Last season was not the star-studded year Stanton and everybody expected him to have, but was still able to slash .266/.343/.509 with 38 long balls and 100 RBIs. The former NL MVP found himself right in the heart of the strikeout filled season, doing so 211 times, second most in the league. However, with feeling more comfortable and having a healthy Aaron Judge hitting ahead of him, look for Stanton to return more to that MVP caliber hitter. 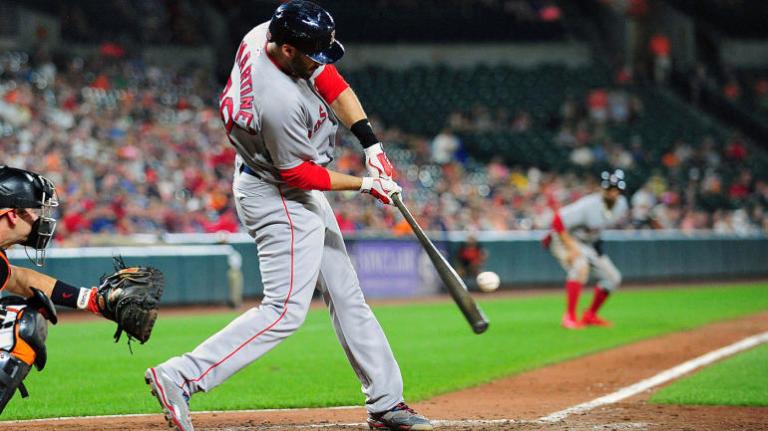 J.D. Martinez was arguably the best hitter in the league in 2018. The 31-year old was an absolute stud for the World Series champs. Martinez was top five in seemingly every AL offensive category with that list consisting of: runs, hits, home runs, RBIs, batting average, OBP, slugging percentage, and OPS. Not to mention he became the first player to win a Silver Slugger Award at two different positions in the same year (which I do not agree with but the choices were slim so I understand). “Oh, he won MVP then correct?” Wrong. That award went to Martinez’s teammate, Mookie Betts, who also had a historic season and you can check him out on our list of the Top 5 Right Fielders coming out tomorrow and our Top 20 players in the league coming out later before the season. J.D. did not even finish in the top 3. But anyways, J.D. Martinez solidified himself as one of the top hitters in the MLB and seems to have benefited more than anyone in recent memory from switching to primarily DH. The Red Sox have allowed Martinez to barely have to worry about his defense, and focus completely on hitting. You can fully expect to see another amazing season from J.D. Martinez as he and the Red Sox look to defend their title.