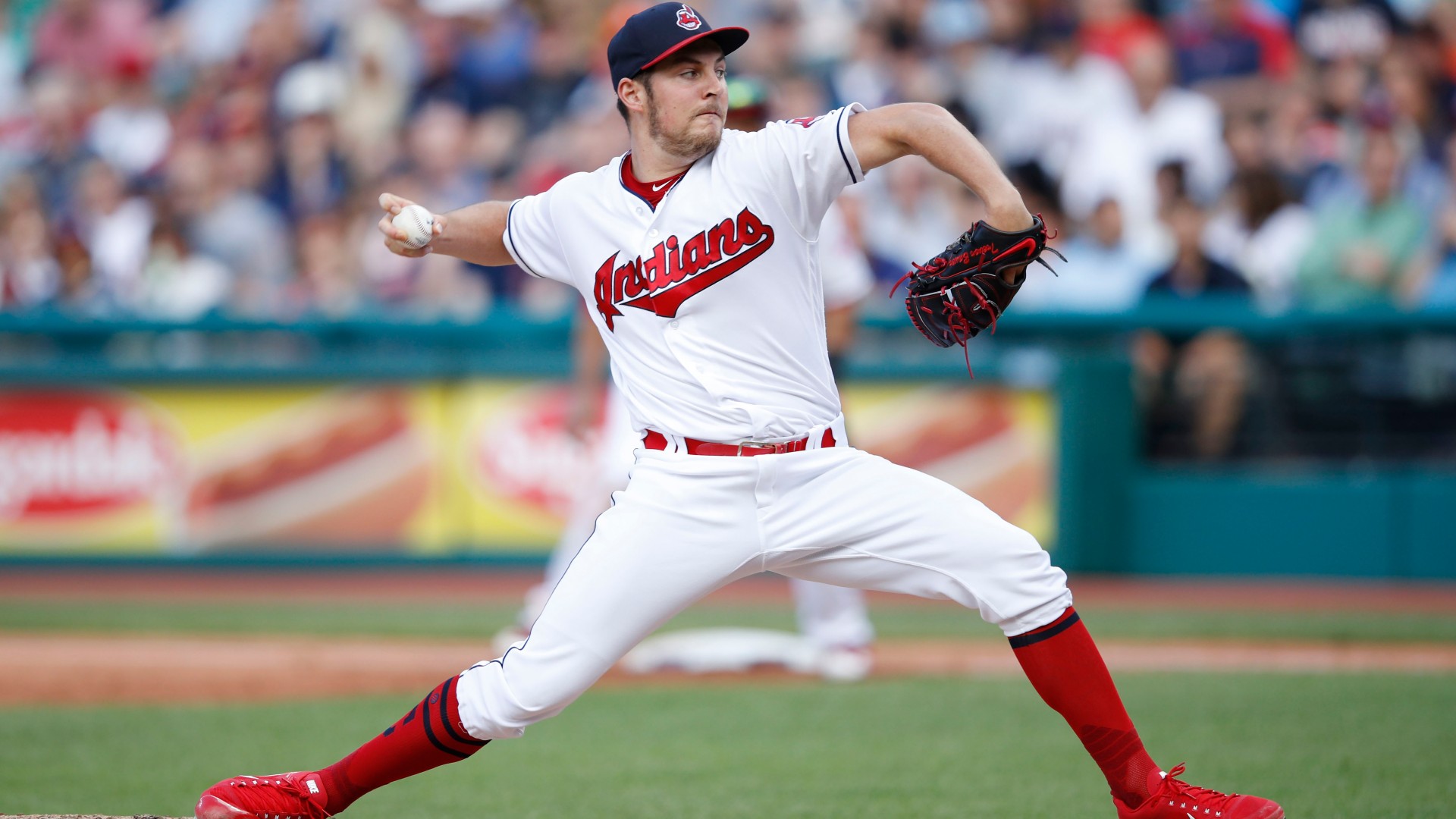 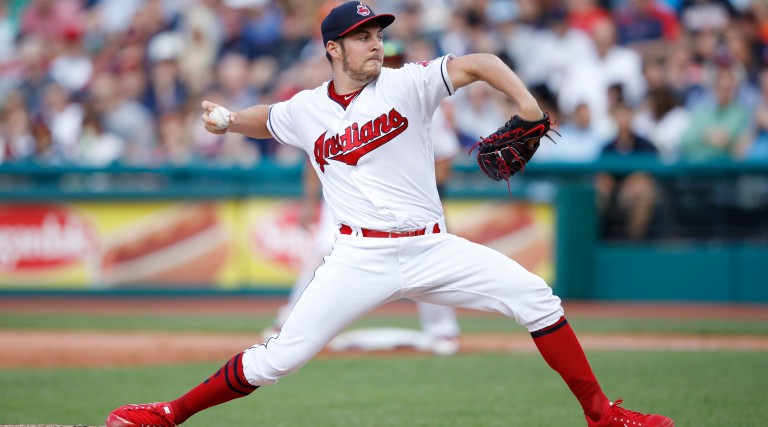 In 2018, the Cleveland Indians found themselves almost sleepwalking to the postseason. They won the A.L. Central by 13 games and did not get truly tested once all year. This lack of true competition hurt the Tribe come October however, as the Indians were swept by the Houston Astros in the ALDS. The Indians now enter 2019 with unfinished business and are hungry to win a world championship, for the first time in over 70 years.

One reason for the Indians recent success which has featured three straight division titles and a World Series appearance, is the star power that is presented with Francisco Lindor and Jose Ramirez. Starting with Lindor, I think it is safe to say that Frankie baseball has cemented himself as a top 5 player in the game. He is a shortstop that can pick it like no other, bat for power like you wouldn’t believe, and plays the game with a swagger that makes you jealous. Last season, Lindor had one of the better power hitting seasons we have seen at the SS position in quite some time. He finished the year with 38 homers to his name, hit for a .277 average and drove in 92 runs. He was also tied for the major league lead in runs scored with 129 along with having a scorching slugging percentage of .519. The thing I like most about Lindor is that he plays the game like it’s supposed to be played. You never see Lindor without a smile on his face and throughout the years, Lindor has actually earned the nickname of Smiles. This game can be very stressful at times, so for Lindor to play the game with such ease while at the same time such skill, is truly spectacular. Although Lindor is expected to miss most of spring training with an injury, I expect him to have an even better season then he did last year and predict that he will hit 40 homers to go along with 130 runs scored and 100 runs batted in. On top of that, I think he will win the silver slugger award, make his 4th all-star game and win AL MVP. You heard it here first, book it.

The rehab process continues for @Indians shortstop Francisco Lindor @Lindor12BC from that calf injury. Today on the practice field at spring training he played long toss and took some ground balls on the infield. pic.twitter.com/TuGsgpHWFh

Let’s now shift our attention to another slugger on the tribe, Jose Ramirez. In my opinion, Jose Ramirez is the most underrated player in Major League Baseball. Now, I know what you are all thinking. UH WHAT! The reason I say this is because although Jose Ramirez is considered to be one of the better players in the MLB, he is often not classed with the elitist of baseball. When you talk about Mike Trout and Jose Altuve, you usually don’t bring up Jose Ramirez, but you should. Over the last two seasons alone, Ramirez has hit 68 home runs, has scored 217 runs, has driven in a combined 188 runs, has an average OBP of .380 and has collected a total of 342 hits. These numbers are not just good, they are damn near shocking. Ramirez has also finished top 3 in the MVP voting the last two seasons and has won a silver slugger in both 2017 and 2018. What this guy does at the plate is damn near surgical. He rarely strikes out, takes his walks when are needed and grinds out tough at bats on the regular. The thing that is so impressive about Ramirez is that his constant power surge has yet to slow down over the last 324 games. In 2017, Ramirez led the majors in doubles with 56. In 2018, Ramirez had an OPS of .939 which was top 5 in baseball. To think that he would have anything less than a superb season in 2019 would just be foolish. I expect Ramirez to finish his 2019 campaign hitting 40 homers, driving in 100+ runs along with 100+ runs scored. I expect his OBP to continue to be one of the highest in baseball and think he will be top 3 in the league in OPS when all is said and done. If Ramirez learns how to hit in the postseason, he along with this Indians team will be dangerous come October.

Is Jose Ramirez the most underrated player in baseball? pic.twitter.com/dCmeXuwwMg

While Fransisco Lindor and Jose Ramirez both are amazing in their own right, the bread and butter of the 2019 Indians is going to come from the starting rotation. In my opinion, the Cleveland Indians have the best starting rotation in the game and feel like they have the potential to put up some historic numbers this summer. The 4 headed beast, made up of Corey Kluber, Trevor Bauer, Carlos Carrasco and Mike Clevinger, all clocked 200 strikeouts in 2018, becoming the first rotation in major league history, to accomplish that feat. Starting with Kluber, one can not talk about this Indians staff without mentioning their ace. Kluber, a 32-year-old from Birmingham, has had a storied 8 year career thus far in the majors, winning two Cy Young awards in 2014 and 2017 as well as being selected to three all-star games. In 2018, Kluber continued his dominating career, pitching for a 20-7 record, earning a 2.89 ERA as well as punching out 222 batters. This was the first time in his career Kluber had earned 20 wins and as a result, he found himself finishing 3rd in the Cy Young voting come season’s end. With a resume as renowned as Kluber’s, Indians fans expect nothing but greatness from their ace in 2019 and you better believe, he sure as hell will deliver.

One thing that makes this Indians team very likable and very attractive to the common fan, is that they have some of the best personalities in all of baseball. One problem that Major League Baseball has endured over the last couple of years which has set them back over other major sporting leagues, has been their lack of marketing players. When one watches a professional sport, they more often than not want to know about the players they are watching. They want to know where they came from, what they like to do and what they are doing, off the field. The NBA and NFL have done a tremendous job in doing just this and as a result, they have become insanely popular around the world. The same cannot be said about the MLB. However, two players that have done a tremendous job of marketing their personalities online are Trevor Bauer and Mike Clevinger. If you have not done so yet, I strongly suggest that you follow both Clevinger and Bauer on Twitter as they are some of the best follows you will ever find through an athlete. Bauer has become so persistent in marketing himself and the game of baseball in fact, that he recently created his own fledgling media company, entitled Momentum. Momentum currently produces short videos of Bauer interviewing friends like Clevinger, Leonys Martin and José Berríos—into a full-service marketing and management conglomerate that, he says, will help solve baseball’s image problem with young people and popularize his anti-dogmatic approach to pitching. On top of that, Clevinger and Bauer are both studs when it comes to toeing the rubber and have the potential to put up monster numbers in 2019. Take a look at some of these clips, and tell me you do not want to follow these guys all summer long.

Manny Machado has a .643 batting average vs. Trevor Bauer 😂 pic.twitter.com/jrCXF6rb3c

For the first time ever, we mic up @BauerOutage for his first start in the spring and it is nothing short of incredible 😂Click the link to watch the full video on our YouTube! pic.twitter.com/01AavrsfKx

Mike Clevinger talks to Trevor Bauer about the time Miguel Cabrera called his shot, and hit a home run off of him his rookie year 😂 (via @Watch_Momentum) pic.twitter.com/YEJ5RmhnEz

Trevor Bauer and Mike Clevinger mic’d up while playing catch is hilarious 😂 (via @WatchMomentum) pic.twitter.com/4zLW4yaA5h

So where do I have the Indians finishing  in 2019? Well, to be completely honest, I think they are talented enough to win the World Series. They have the dominating pitching staff, the explosive offense and have one of the best managers to ever do it in Terry Francona. However, the AL is absolutely stacked with talent this season so it is hard to say just how far they will go. I see them finishing the year with around 90-95 wins and have them winning the A.L. Central by at least 10 games. Come October, I have the Tribe running into the Houston Astros in the ALDS for the second straight season, and have the Stros winning in 4. If you want to watch high paced, exciting baseball this summer, I suggest you take a trip up to Cleveland, as the Indians are as exciting of a baseball team as you will ever find.

Who else is ready for the @Indians to dominate this year? 🔥🔥 pic.twitter.com/oCnhMWo4Ec