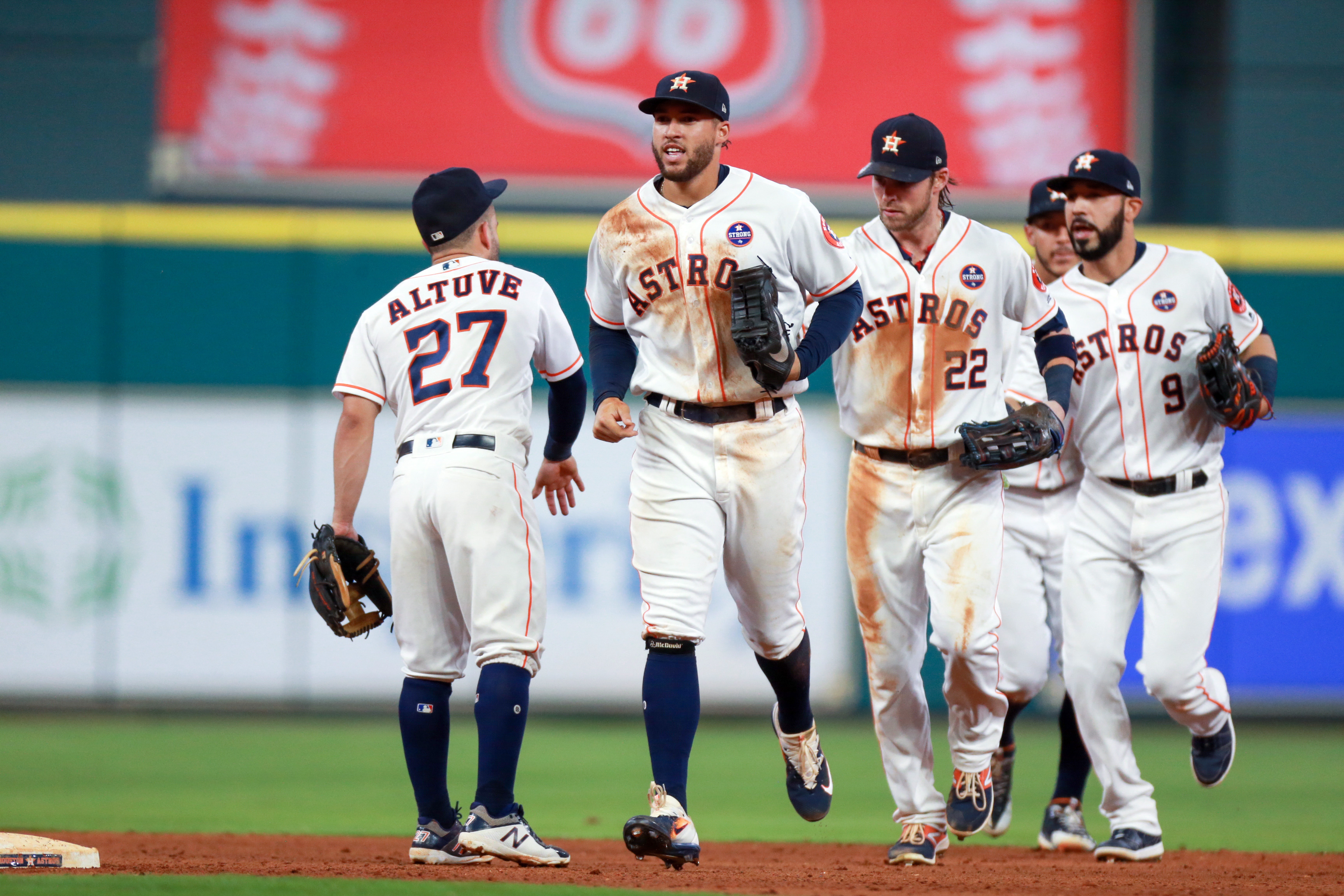 As one of the top teams in Major League Baseball, the Houston Astros have high expectations year in and year out. With arguably the best roster from top to bottom, it’s easy to see that it’s championship or bust for the Astros in 2019. Two years removed from a World Series title, the Astros were unable to repeat in 2018. Make no mistake about it though, they will be more than ready for the new campaign.

Houston’s star power comes from its offense, as they have one of the best lineups in the entire league. All nine guys can swing a mean stick, which makes it difficult for opposing pitchers to pitch around the stars. Those stars, of course, are Jose Altuve, Alex Bregman, George Springer and Carlos Correa. There’s an argument that those four guys are all amongst the top 40 players in baseball, and for good reason. Last season, the four combined for a .362 on-base percentage, 300 runs batted in and scored 44 percent of Houston’s runs.

Jose Altuve, the 2017 American League MVP, is the clear leader of the bunch, and should have another stellar season. George Springer, personally one of my favorite players, is a joy to watch. He patrols the Astro outfield and is one of the best leadoff hitters in the league. Alex Bregman had himself a breakout season in 2018, which in turn brought him a fine payday. Houston extended its all-star third baseman for 6 years, paying him $100 million through 2024.

The x-factor of the 2019 Astros will be Carlos Correa. After missing 52 games in 2018 due to injury, Correa is expected to be fully healthy for the start of 2019. He will undoubtedly add more pop to an Astros lineup that doesn’t have a ton of power. There is no denying Correa’s talent, but staying healthy has been a problem for him over the last two seasons. Despite battling numerous injuries, Correa has put up some impressive numbers. He’s a career .277 hitter and has a career OPS of .833. Correa is also only 24 years old, which makes those career numbers even more impressive. Correa and Altuve make up possibly the best double play combo in Major League Baseball, so having a healthy Correa in 2019 will surely make a difference for Houston.

Shifting to the Houston pitchers, there’s almost always something special on the mound for the ‘Stros. They boast one of the best one-two punches in the game at the top of their rotation, and it all starts with the future hall of famer, Justin Verlander. The Tiger legend was dealt to Houston at the waiver trade deadline in 2017, and has arguably been the best pitcher in baseball since then. JV helped the Astros win a championship with his veteran leadership and stellar pitching. Last season, he would have won his second Cy Young award had it not been for a career year for Blake Snell. Verlander posted a 16-9 record, accompanied by a 2.52 earned run average and 290 strikeouts, a career high for the 35-year-old. His career looked like it was winding down after two bad seasons in 2014 & 2015, but Verlander has since solidified his spot in Cooperstown. He needs 294 strikeouts to reach 3,000, and you better believe Verlander wants to get it this year. If I were a betting man, I’d say he does it in 2019.

The Robin to Verlander’s Batman is another relatively new Astro, Gerrit Cole. A former number one overall pick, Cole was traded to Houston prior to the 2018 season and wasted no time impressing H-Town. In his first seven starts for the Astros, Cole had double-digit strikeouts in five of those, capped off by a complete game shutout with 16 K’s in his seventh start. Cole finished fifth in AL Cy Young voting, three spots behind Verlander. Cole will be a free agent following the 2019 season, and let me tell you, he is going to get PAID. Whether he stays in Houston long-term remains to be seen, but one thing is for certain, you can expect another Cy Young-type season season from the UCLA alum.

The starting rotation outside of Verlander and Cole isn’t incredibly impressive, but they don’t have to be with one of the best bullpen’s in the game behind them. Houston’s relievers boasted the best bullpen ERA in baseball last season and we should see much of the same in 2019. Anchored by Roberto Osuna, Ryan Pressly and the hard throwing right-hander Josh James, opposing offenses never catch a break with Houston’s arms. The Astros lost key pieces in Charlie Morton and Tony Sipp, but have a plethora of talent to replace those two and retain maybe the best pitching staff in Major League Baseball.

This upcoming season will be another exciting one in Houston. The Astros will once again be one of the best teams in baseball all season long and will easily win their third straight AL West title. They will hover over 100 wins again and make it look like clockwork. Houston can very well win the World Series in 2019, but I think they fall just short, losing to the Yankees in a very intense American League Championship Series. Individual accolades will come aplenty for the Houston Astros in 2019, but any of those individuals will tell you their one goal, is to grab another ring.