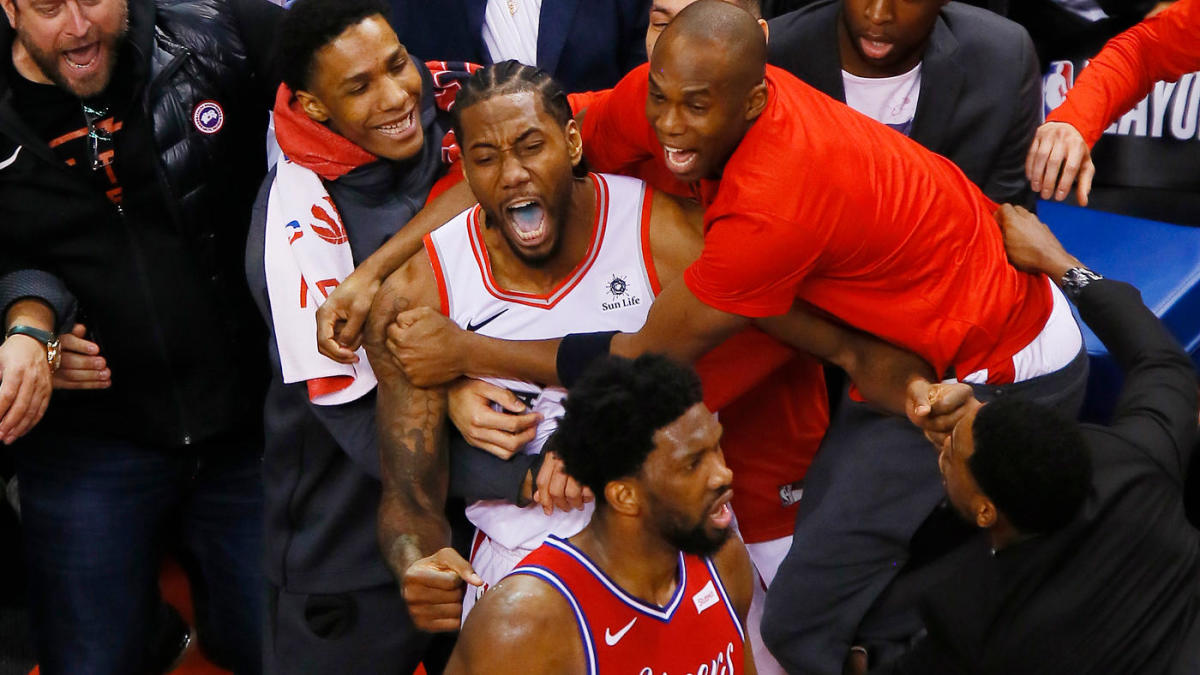 We trusted the process. We, as Sixers fans, remained patient. We remained loyal. We sat through a 10-72 season and yet, KNEW that somehow, someway, there would be a light at the end of a black hole. And as a reward for our loyalty, for our dedication, for our patience, the basketball gods repaid us in the only way they know how to, by breaking our hearts. A few months ago, Philly fans were dancing and rejoicing over a double doink in Chicago, and are now left with their hearts shattered on the floor, after a quadruple doink in Toronto. As the process now looms on for yet another season, Sixers fans are left to wonder “When, if at all, will the process be completed?”

9:15 PM. Mother’s day dinner is coming to a close at the Snyder house hold and as final goodbyes are being said, the third quarter buzzer sounds. The Sixers have not played a clean game, but were down just 4 points heading into the final 12. As I hugged my relatives goodbye, I was almost certain they could feel my heart pounding out of my chest. I knew that this was it. This was where the men, got separated from the boys. It was time for Jimmy “James” Butler to take over and take the boys home. As the fourth quarter commenced, you could almost cut the tension through the TV screen. Every shot was taken with bated breath and every single possession mattered. My mom asked me to help clean up and I’m gonna be honest, she could have been speaking a different language for all that mattered. This is the fourth quarter of a game 7, dishes can wait. (Obviously I’m kidding, happy mothers day mom.” With 6 minutes and change, Kawhi Leonard, who had been torching the Sixers for the duration of this series, nailed a 27 foot jumper to put his team ahead. This was followed by a beautiful fade away jumper by Joel Embiid to even up the score at 80 a piece. It was as if I were watching a heavy weight title fight, with neither fighter willing to give an inch. As both teams continued to trade blows, it became clear that one man and one man only, could take over this game. Kawhi Leonard, a 27-year-old superstar from Los Angeles, had been seemingly unguardable all series long, averaging almost 40 points a game. When push came to shove in game 7, Kawhi knew he had to put the team on his back. With 4 minutes and 48 seconds to go, Kawhi drove to the rim and converted an and one, hitting a floater as his body faded away from the basket. In almost disbelief, I found myself almost admiring Kawhi, as sometimes, you just have to respect greatness.

After a converted and one by JJ Redick to even the score at 85 and a much needed stop on defense, the Sixers called a time out with 3:13 to play. Crunch time was here, and there was no time to bow out or look back now. With the score tied and the possession with the Sixers, I had a sense of confidence, that these boys could actually pull this off. For the first time all night, the sense of belief that the Sixers could win this game, began to creep in my body. This confidence was followed by some cocky rhetoric in which Drake would not approve of. This confidence however, fell on deaf ears, as the Sixers failed to register a shot on the next three possessions. In all honesty, it was some of the worst offensive execution I had ever seen and I almost couldn’t believe what I was actually witnessing. Joel Embiid, the best big man in basketball, couldn’t get within 30 feet of the basket. Ben Simmons was scared to drive and Jimmy Butler turned into a scared sewer rat. I previously alluded to the fact that this is where the boys get separated from the men and frankly, the Sixers were looking like a bunch of boys out there.

As time began to run off the clock, I could slowly see the Sixers season slip away from their fingers. I knew that it would be a daunting task to come into Toronto and win game 7, but to come this close and end up falling short, would truly be heartbreaking. I knew that the only way the Sixers had a chance to win this game were if somehow a Raptors player were to miss a free throw, which would give the Sixers a beacon of opportunity. These prayers were answered, as Kawhi Leonard with 10 seconds to play, missed the second free throw, allowing the Sixers to tie the game up with a two point basket. Without a TO remaining, the Sixers were forced to push the ball up the court, in hopes of getting a quick transition basket. Jimmy Butler, who can now be known as Mr. Fourth Quarter, raced down the court and converted a game tying layup with 4 seconds to play. In absolute elation, I jumped up in the air and belted out a thunderous roar. “We can actually do this.” I pleaded. “ONE MORE STOP.” All I wanted, was for the game to go into OT, and allow this team to take over the game. ONE MORE STOP.

Jimmy ties it up with 4.2 seconds left!

GET TO TNT NOW! #NBAPlayoffs pic.twitter.com/XVFqMex24R

Following a Nick Nurse time out, the Raptors were set to inbound the ball on their side of the court. I could barely stomach to watch, as our entire season, came down to this very play. Inbounding the ball, was newly acquired Raptor, Marc Gasol. As the referee blew his whistle, it was as if time stood still. Four seconds seemed like an hour and everything looked like it was running in slow motion. Gasol passed the ball into none other, then Kawhi Leonard. Leonard, who was as hot as a summer’s day, took the ball and dribbled it to the right side of the court. As Leonard quickly beat Ben Simmons off the dribble, which gave him a step to the rim, Joel Embiid steps in for the help defense. Instead of going through Embiid and risking a potential offensive foul, Leonard quickly dribbled around the 7 footer, leaving him in the right corner with the opportunity to take the game winning shot. Leonard was quickly smothered by a quick Embiid and had to force up a heavily contested 15 foot jumper. As the shot went up, my stomach tightened, and I prayed for dear life that this ball did not go in. The ball first hit the front of the rim, and I thought we were heading to overtime. I almost let out a “Lets go,” as I was so sure of it bouncing out of the cylinder. After a high bounce, the ball decided to hit the front rim again and I was like “I think I just shit myself, this is not happening.” It then hit the back of the rim twice, before trickling in, for the series winning basket. My heart sank down to my stomach and I immediately dropped to the floor, in absolute agony. It was one of the moments, where you literally think you are in some sick nightmare but then have to remind yourself, you are just a Philadelphia sports fan, and this all comes with the territory.

The first game-winning field goal at the buzzer in a Game 7 in #NBAPlayoffs history!@kawhileonard CALLS SERIES in #PhantomCam! #TissotBuzzerBeater #ThisIsYourTime #WeTheNorth pic.twitter.com/XbiDyYqxK1

In conclusion, I’m tired. And no, I’m not talking about being tired because I couldn’t sleep last night, as I thought about the shot that will forever be stuck in my head. I am instead, tired of waiting. I am tired of trusting the process. I am tired of having one of the best starting 5’s in basketball, but yet losing in the Eastern Conference Semi-Finals for the second straight season. I am tired of the turnovers and the bad possessions. I am tired of guys having the shits and am tired of Brett Brown saying “It is okay.” It’s not okay. Something has to change. I, along with the entire Sixers fan base, are done being tired. Are done trusting the process. So now, we look to you, as an organization. The ball is now in your court. How are YOU, going to wake us up?