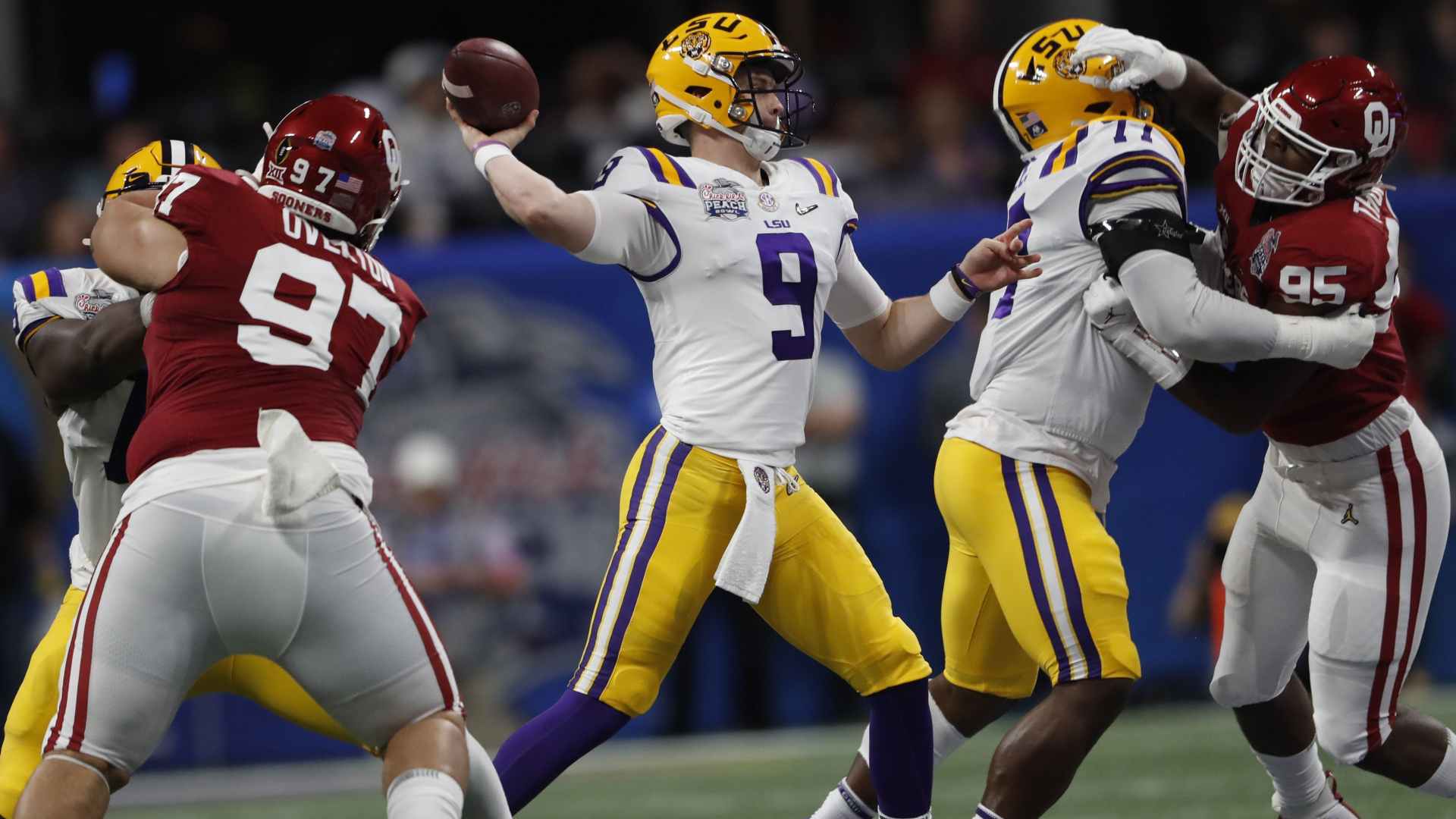 Confidence and Domination. These are two words that can be used when describing the absolute beatdown that occurred Saturday afternoon it Atlanta between LSU and their prey, Oklahoma. With a final score of 63-28 in favor of the tigers, you would have thought the game was over before it started. Well, in this case, you would have thought right.

Let’s start with the word confidence. The Latin root word of  confidence means “ To trust.” And to trust LSU did on Saturday afternoon. See LSU, didn’t only trust in their own abilities, knowing they were the better team who had a clear advantage on Saturday, they trusted that if they played their style of football, they could not, and would not be stopped the entire day.

Take the Tigers first few offensive possessions for example. When the Tigers first touched the ball on offense, they were ready to strike, FAST. Their first play from scrimmage featured a 17-yard pass from Heisman winner Joe Burrow, to TE,  Thaddeus Moss. Their next play featured a quick strike to Terrace Marshall Jr. which was followed by a 19 yard TD pass to star WR, Justin Jefferson. BOOM, 3 plays, 42 yards, 7-0 Tigers.

Justin Jefferson scores on a 19-yard TD and the Tigers go up 7-0. #CFBPlayoff pic.twitter.com/NHzrR3Mw0t

Joe Brady, the first year passing coordinator from LSU, knew he couldn’t be stopped on Saturday afternoon. Calling plays from up in a secluded booth with Tigers OC, Steve Ensminger, you could almost see a cocky grin coming from the young play-callers mouth. A grin that signified power as Brady knew his passing attack that featured a Heisman winner, two thousand-yard receivers and the best OL in the country, was virtually unstoppable.

“THEY CANT FUCKING STOP IT” pic.twitter.com/khgo5BZFNP

Now, let’s talk about Joe Burrow. What Joe Burrow did on Saturday afternoon was graceful, dominant, record-shattering and damn near impossible. The Heisman winner from Athens, Ohio, was hotter than skyline chilli on a winters day. Every throw Burrow made was on the money, every pressure brought his way was alluded for completion on the run and every deep pass made from the transfer was delivered perfectly. At one point in the first half, Burrow had accounted for 6 straight TD drives, all by the passing variety. As the game reached half time, Burrow had managed to throw for 7 TD passes to go along with nearly 400 yards in the air, leading his team to a comfortable 49-14 lead at the break.

Make that 7 passing TD for Joe Burrow in the first half 😳 pic.twitter.com/rS30tSfN5i

To show just how amazing and impressive this half of football was, I want to show you, one of the most ridiculous, and quite silly stats I have ever seen.

Joe Burrow was responsible for as many TDs today (8) at Mercedes-Benz Stadium as Matt Ryan has all season 😳#SCFacts pic.twitter.com/DbnFFmh8qh

Let that one sit in.

Anyway, to make matters short, LSU continued to pile things on in the second half in route to a DOMINATING 63-28 CFP Semi-Final Win. If I must say, this was not a fair fight for Oklahoma. They did not have nearly enough talent to compete at the same level with LSU and to win a game like this, you needed to have much more than what OU brought.

To end this wrap-up blog, I want to show you guys some of the final stats, so you can see just how dominating this beatdown really was. Geaux Tigers! 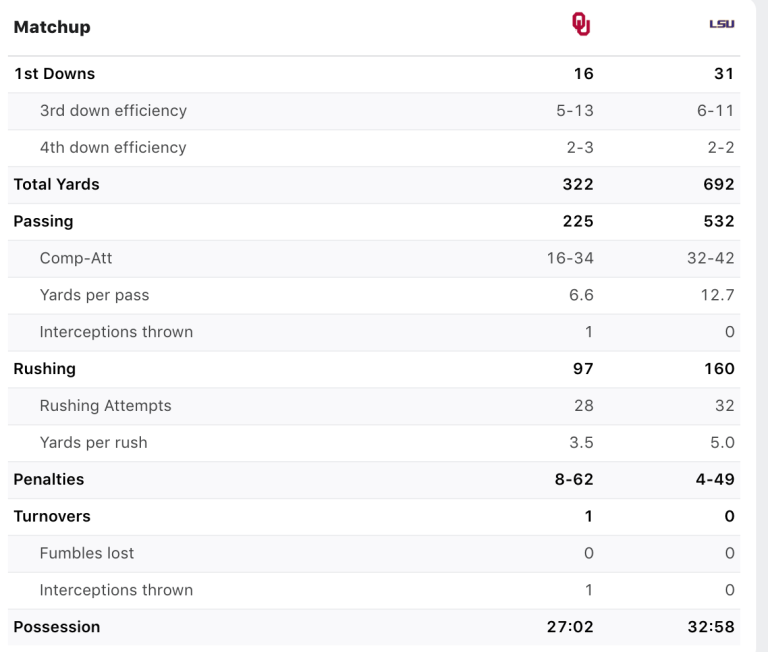 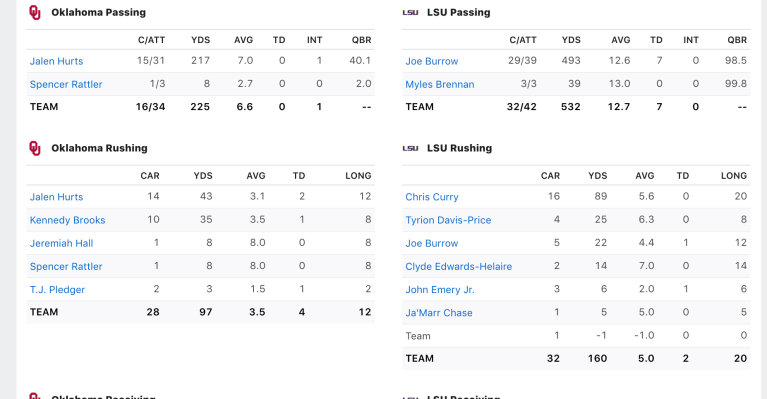