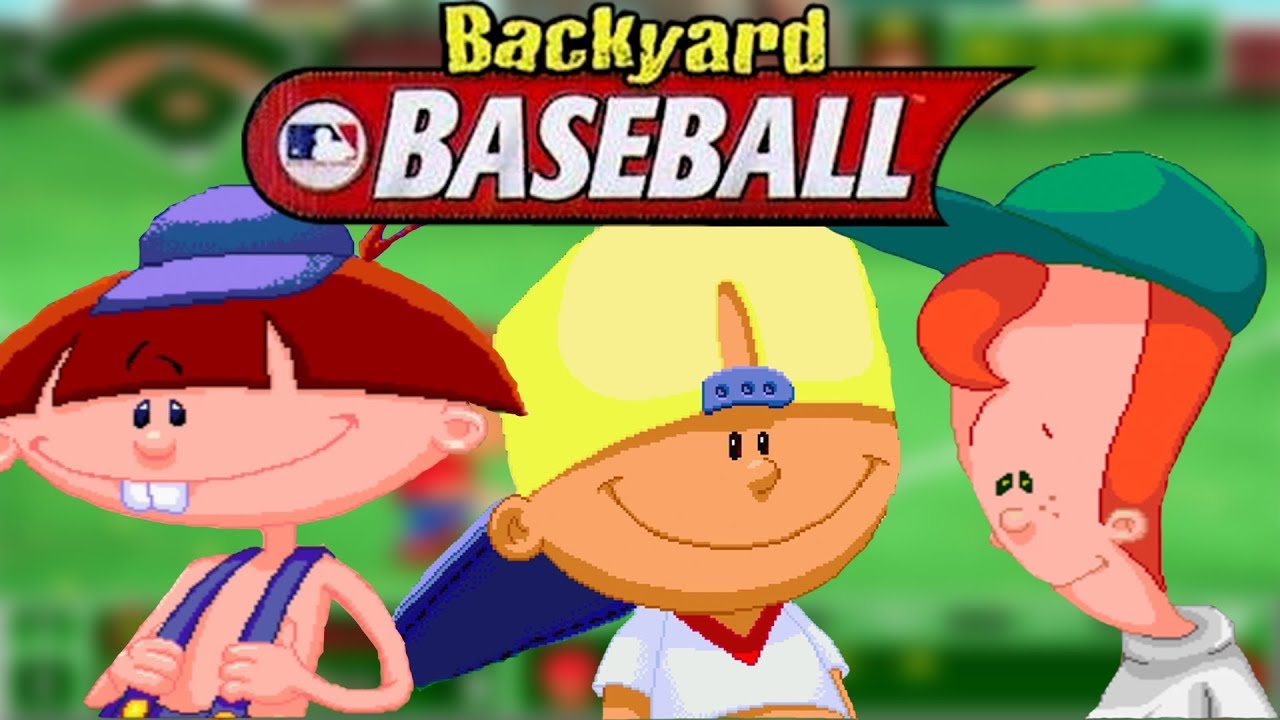 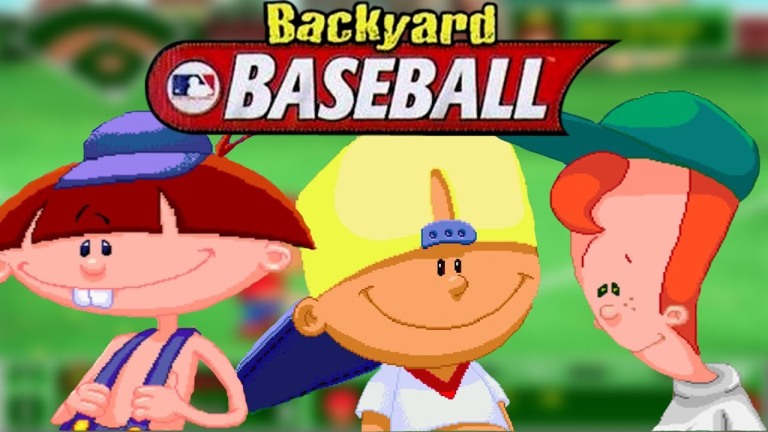 One thing I remember vividly about my childhood was the greatness that was Backyard Baseball. I grew up going to a summer camp where once a week, my group would be scheduled to play computers. Five, out of the Twenty available computers had Backyard Baseball downloaded on them and lemme tell ya, those computers were always the hot commodity of the summer. As soon as the computer room doors would open, it would be a mad dash between thirty-eight years olds. I remember having to throw a few elbows to assert my adolescent dominance.

In lieu of my quarantine boredom, I thought it would be a fun idea to rank the top 10 Backyard Baseball characters of all time. I want to set a quick a disclaimer that this list is full of the OG’s. No pros, no newbies, strickly the original gangstas. Let’s get into it. 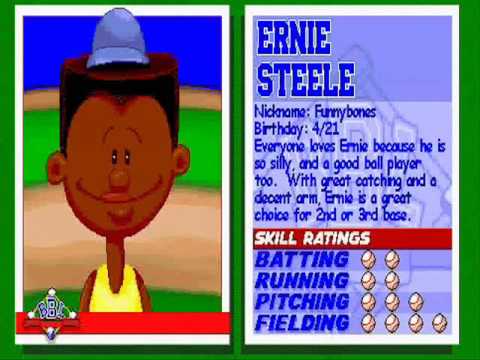 Ernie Steele is the type of guy you either love or hate. I would always play Ernie at the 1B position because he had a great glove and could go out and get a ball with his long legs. However, Steele absolutely sucked at the plate and was slow as molasses. #10 is a good spot for him. 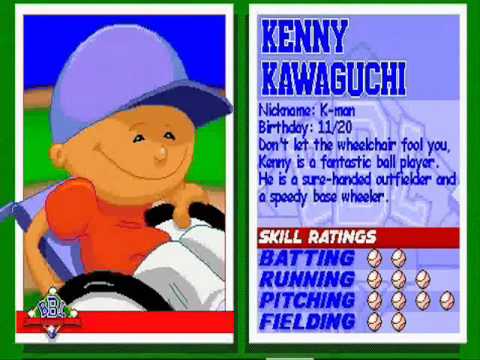 Kenny Kawaguchi is an absolute stud. First of all, you wanna talk about a motivation story? The dude is in a wheelchair and is by far one of the better BB characters the game has ever seen. He is fast (kind of has an advantage but whatever,) is extremely durable at the dish and is tough as nails. If I had to compare Kenny Kawaguchi to an actor I would go with a guy in the likes of Nicolas Cage. 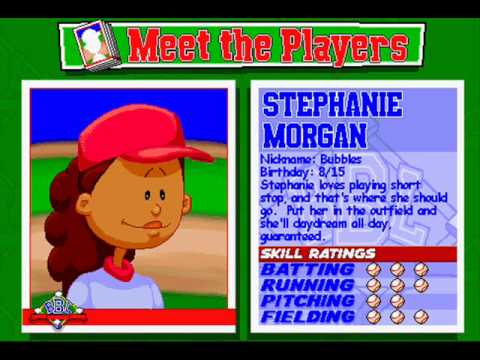 Steph Morgan is a five-tool athlete. I remember when I was a kid I would either place her at CF, or SS because she was automatically one of the more athletics kids on the field. Also, if she got hold of a ball oh baby that shit would fly. Steph Morgan oftentimes lays under the radar, but this is her time to shine. 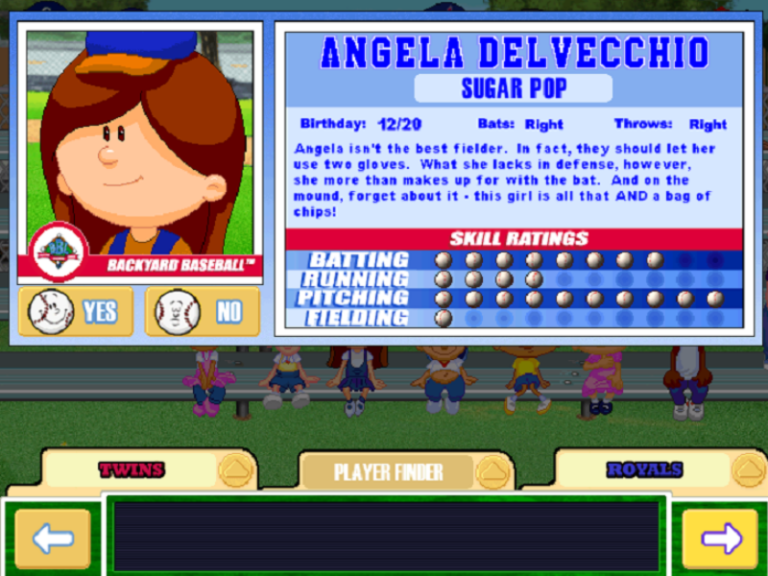 It is time to talk about the ace of our staff. What was nice about Angela was that she wasn’t quite good enough to be selected in the early round of your draft, but would always be a late-round steal. I remember throwing multiple perfect games with Delvecchio during my playing days and infuriating opposing batters time and time again with that dirty, wipeout slider. 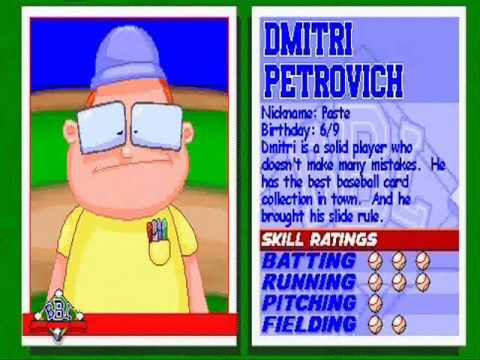 HOT TAKE ALERT. Listen guys, I get this might be a stretch. I know a lot of you hated Dmitri as a player but lemme tell ya something, I loved em. Im not sure if it was that I was able to master his swing timing down or what, but when I hit with him, I hit BOMBS. And I’m talking out of the computer screen, bombs. 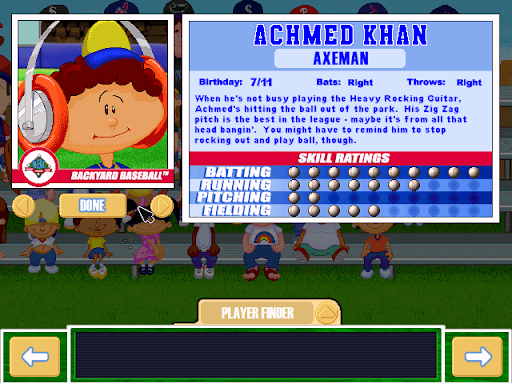 I now present to you the most underrated player in the history of backyard baseball, Achmed Khan. Let me tell ya something about Achmed Khan. This dude was so good at the dish that if you knew how to hit, he would get on base during practically every at-bat. The dude was as cool as the other side of the pillow and literally listened to music while playing the game. It doesn’t get more baller than that. 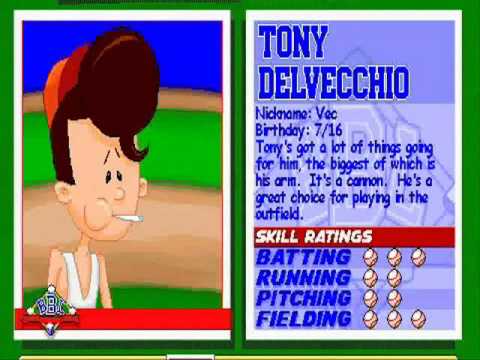 Tony Delvecchio is a character straight out of the Sopranos. The ginny tee wearing, slick-haired, lollypop sucking kid was one badass mofo.  I remember taking Tony in the early rounds of my draft, not off the fact that he was necessarily good, but because he looked cool and I wanted to be like him when I grew up (I was like 6, cut me a break.) Now dont’t get me wrong, Delvecchio is a good ballplayer, but the reason he is so high up on our list is because he drips swag from head to toe.

Keisha Phillips is the Babe Ruth of Backyard baseball. She can pitch, run the bases like you wouldn’t believe and hits absolute tanks. There was one time growing up where I was so hot with Keisha that I hit about 6 home runs in consecutive at-bats. She just had that smooth home run swing that was so fluid and pretty to watch. Also, Keisha was like 6’9 at 10 years old and had two tree trunks for legs. It wasn’t fair to the other players.

If you are new to backyard baseball, this pick may not make to much sense to you. Pete Wheeler does not look like a ballplayer. He is a tall skinny kid who grew up on the farm. But guess what? Do not judge this book by its cover because Pete Wheeler is an absolute STUD. MAAAAN, I remember absolutely tearing shit up with Pete in BB. Not only was he the fastest player in the game, but he had this sneaky pop in which the ball would explode off his bat. Pete Wheeler is the Ronald Acuna Jr. of Backyard Baseball. 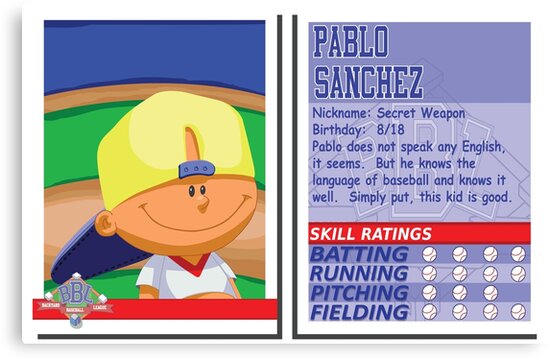 Was there any ever doubt? Pablo Sanchez is the greatest character in the history of the Backyard Sports franchise. If you got the first pick during a draft, you didn’t even have to think twice in terms of who you were taking. Pablo could pitch, hit, run, and field. Sanchez made the teammates around him better. With two outs in the bottom of the 9th, you wanted Pablo at-bat.  If there ever is a backyard baseball HOF, Pablo Sanchez will become the first-ever inductee. We were all witness to his greatness.