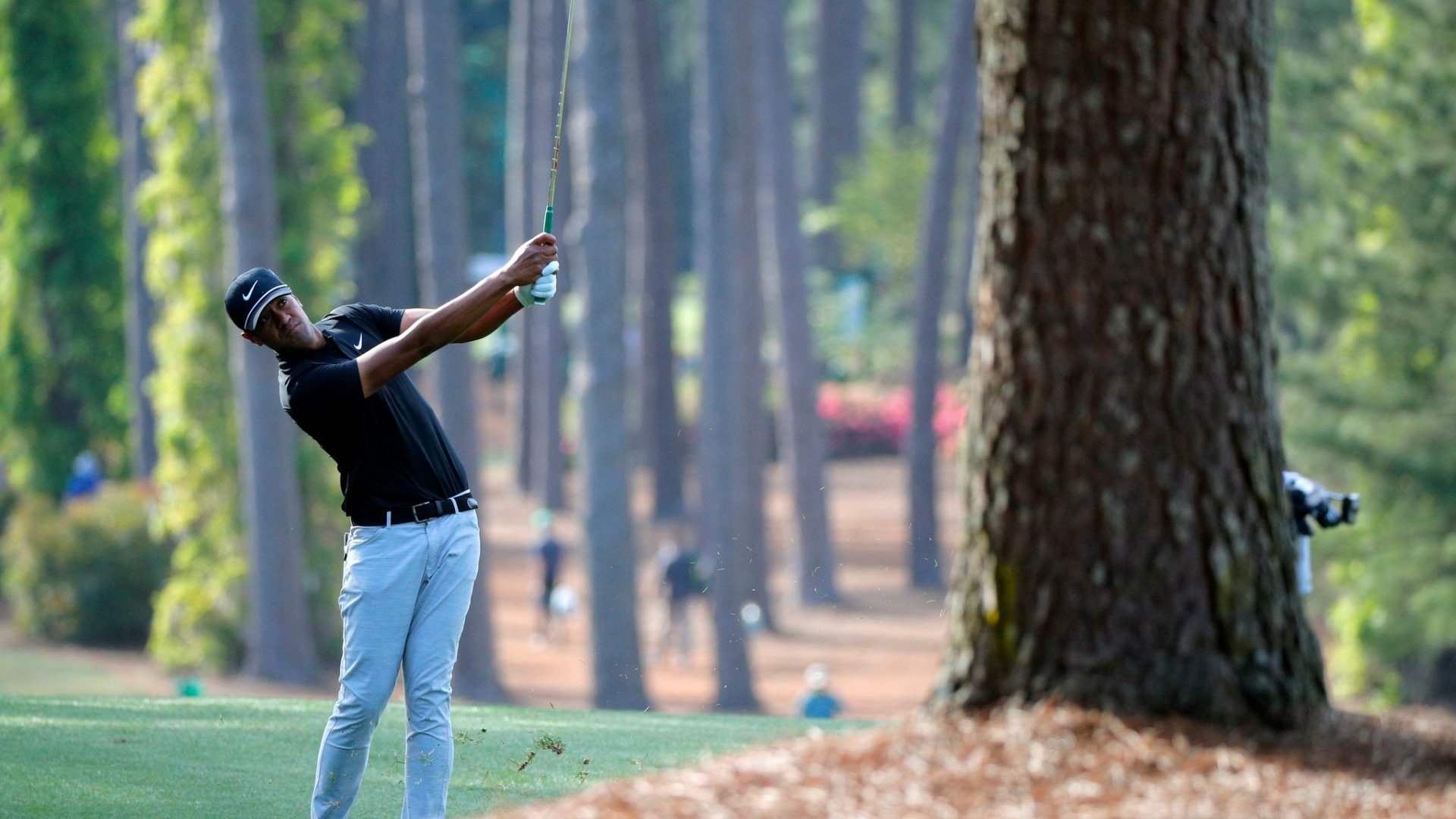 It is to absolutely no one’s surprise that the 2020 Masters is going be a tournament like no other. Augusta National opening in November is something many of us, could of never imagined in our wildest dreams. The Masters is supposed to be the first major of the year. An early April delight that golf fans look forward to during the long winter months. When the Masters arrive, we are reminded that it is time to put down our snow shovels and pick up our golf clubs. Spring has sprung and the golf season is finally here.

However, what happens when the world gets flipped on it’s head? What happens when a global pandemic rocks our nation, leaving millions of Americans unemployed, infected, or even worse, dead? What happens when golf, becomes a tool of therapy, as opposed to a leisurely activity? The 2020 Masters is going to be event that we never forget, and I can’t wait to cover it for guys. With that being said, let’s now take a look at 5 golfers who I feel, could have a major impact over the weekend.

In 2018, Tony Finau had one of the most memorable Masters debut one can have. To start, Finau drained his first ever, professional hole and one, during the historic par 3 contest that takes place the day before the tournament. As Finau celebrated in excitement, down the middle of the fairway, the 6’4 inch, self proclaimed basketball star, dislocated his ankle in a viral moment for the ages.

Now, for about 99% of the human population, dislocating your ankle would result in weeks on the couch and months of pain. But for Finau, who spent 7 years as a professional golfer before reaching the PGA tour, nothing was going to stop him from competing in his first Masters. And to the guy’s credit, Finau put together an Augusta National debut to remember, finishing in a tie for 10th place in the tournament, which included 6 straight birdies during the back 9 on Sunday.

Finau then followed up this impressive performance with a 5th place finish during the 2019 Masters, in which he was able to play in the final pairing on Sunday with Tiger Woods. And sure, it may be an ambiguous thought to think that Tony Finau can win the Masters, as his last PGA tour win came back in 2016, but this guy plays Augusta National really well and is a golfer you can never really count out.

One of the most interesting case studies of the 2020 golf season has been through the likes of Brooks Koepka. To start, Koepka entered the PGA Championship in Harding Park as a heavy favorite, winning the prior two events. These expectations fell on deaf ears however, as Brooks shot a 76 on Sunday, dropping him to a measly tie for 29th place in the championship.

Then, after participating in the St Jude Invitational, Koepka announced that he would be getting knee surgery, which would leave him sidelined for the duration of the golf season. This also meant that Koepka would not be able to participate in the US Open, which he had previously won, 2, out of the last 3 years.

We now fast forward to present day, and the 4 time major champion in finally ready to get back on the links, hungry to win his first ever green jacket. Is Brooks Koepka the favorite to win the 2020 Masters? For sure not. I mean, the guy hasn’t played meaningful golf in quite some time. But Brooks is a warrior, and is without a doubt, one of the most dominant golfers of our generation.

Xander Schauffele is coming into the 2020 Masters with 14-1 odds to win the tournament. If these odds hold through Thursday, the 27 year old Californian will be placed with the 6th highest odds to take home the illustrious green jacket. And sure, Schauffele has not won a major yet, but I gotta be honest. If I were to set these odds, I would be giving Schauffele the third best chances to win this tournament.

So why is this? Why am I so high on a guy who has yet to break golfs most sacred barrier? Well for starters, Xander Schauffele is currently playing some of the best golf of his career. Seeing how this young man is actively controlling his irons, makes me worried for anyone who is “Rooting for the course.” Additionally, Schauffele is a golfer who as of late, has been knocking on the major door.

For most millennials out there, your 21st year of birth is spent drinking, partying sleeping, and repeating. For Matthew Wolff however, he spent year 21 becoming one of the premiere golfers in the world.

Matthew Wolff is the definition of a polarizing figure. His swing is unusual, he is as cocky as Tiger, and his Caddy wore a hoodie during the final round of the US Open. There is a lot to both love, and hate about the guy. But at the same time, there is no denying just how talented this young prodigy is. During the final round of the 2020 PGA Championship, Wolff caught fire, birding on 7,8,9, and then eagling on 10. Wolff got so hot in fact during this stretch, he actually shared a lead going into the back 9 of his first major. Now of course, we all know what happened during that Sunday at Harding Park, but Wolff still finished the tournament at a very respectable 4th place.

Then, the US Open happened. This years US Open took place at the historic Winged Foot Golf Club, in Westchester, NY. Coming into the week of the championship, Winged Foot was said to be an “Impossible course.” Experts were predicting the winner of the open to finish well over par and it was even reported that the head grounds-person of the course said that if the champion of the 2020 US Open finished under par, then he would quit his job on the spot. Matthew Wolff took those predictions and put them in his back pocket.

During Saturdays third round of the open, it what will go down as one of the most dominating rounds in the history of the US Open, Matthew Wolff shot a round of 65 (-5), shooting 6 birdies in the process. This gave the 21 year old sensation a lead going into his first ever Sunday, at the US Open.

Now of course, Matthew Wolff fell apart on Sunday, shooting a 75, which landed him with an ironic score of even par for the tournament. But that’s not the point. The point is, that at 21 years old, Matthew Wolff has competed in two majors, which have both resulted in top 5 finishes. That is a special stat that in many ways, is hard to comprehend.

Bryson DeChambeau is changing the way we look at golf. There is no two ways about it. The scientific approach that this 27 year old mathematician has taken to the game is nothing short of fascinating. At the end of the day, DeChambeau is playing smarter golf than everyone else on the face of the planet. He is hitting it harder than us, farther than us and a whole lot more methodical than us. And while there are an assortment of critics out there, including myself in the beginning, there is no denying that there is a method to DeChambeau’s madness, and that method is currently working.

I’m gonna be honest guys, when DeChambeau first came out of quarentine looking like a lumberjack on steroids, I was not a buyer on what he was selling. I didn’t get it. Golf is about finesse, not about power. And sure, DeChambeau was going to be able to hit the ball far, but he would never be able to control it.

However, this sceptic soon became a consumer during this years, Rocket Mortgage Classic. DeChambeau won the tournament going away, with a final score of -23 under par. During that tournament, Bryson’s methodical methods, began to pay off. His long drives resulted in Eagle putts. His lock grip putting resulted in birdies. It was the first time in my life where I really saw science, make such an impact on one given man, in one given sport.

Of course, we would be remiss not to talk about DeChambeau’s historic performance at this years, US Open. In my eyes, what Bryson accomplished at Winged Foot, shooting a final score of -6 under par, will go down as the second most dominating performance in the history of major golf, behind only Tiger Wood’s efforts during the 1997 Masters. There now remains only one question for the most interesting man in golf. Can Augusta tame Bryson? Or will he make this course another one of his triumphant hypothesis.